So I'm new to the Sonos ecosystem. Last month I bought the P5Gen2 for my home office. Last week I bought 2 P1's for the living room. The next part for my home theater system will be the Playbar or Playbase. I'll wait at least another month for the Sub though.

So my question is: does the Playbase has any features (except going under a TV) that should make me buy it over a Playbar? My TV is mounted on the wall so it doesn't matter which one I get.
I'd buy the Base just because it's newer but than again, the Sonos page of the Playbar reads "thin is good for TV, but not for sound" - so will the base have worse sound than the bar?

What could you recommend?
This topic has been closed for further comments. You can use the search bar to find a similar topic, or create a new one by clicking Create Topic at the top of the page.

+17
The playbase has down firing speakers with a sub woofer speaker, so they are a large diameter but small depth. No one knows what the playbase sounds like, so you will have to wait till launch and listen to both.
E
Userlevel 2

I find the Sonos logo on the front of the Playable unit to be irritating. Its going to be right in front of my face all the time that I am in the lounge room. There should be an option to remove the logo and replace with a blank plate.
S
Userlevel 1

Of course - but does it have any features that the Playbar does not? Support for specific formats or anything else? I can't find any description what is different except the form factor. And if that is all, I'd go for the Playbar.
B
Userlevel 1
I would go with the Playbar, your TV is on the wall, you can get a mount for the playbar to attach to the wall. This Playbase doesn't make sense at all. No TV's have the same feet on them and even future TV's feet may change. I don't want to be forced to buy certain TV's due to how they would sit on a Playbase. They should have just developed the swivel for the Playbar for the people who have their TV's on a piece of furniture. It has no features or anything extra that should keep you from buying the Playbar. I compare the Playbase to being in the 7th game of the world series. Your team is down by 1 with 2 outs. You're up to bat and you have 3-0 count and swing at a bad pitch. The ball pops up, the 2nd baseman is under the ball and you're out. The world series is over and if you would have just done nothing you would have at least tied the game. Instead the team is going home a loser. I say this as I'm surrounded by Sonos products but I just really think they missed on the Playbase. Maybe if they would have done it at half the price of a Playbar, something I would put in a guest room then maybe it's worth it?
K
Playbar!

Beware anyone with a modern large LG TV. My 2016 model 55" LG TV stand is 41" (1040mm) wide and is much wider than the PlayBase's 28.35" (720mm) and SONOS do not recommend placing stands that are bigger than the PlayBase on top of it. You would have to place it in front of the stand taking up quite a bit of space.
1xPlay 5 (Gen2), 3xPlay 3, 2xPlay 1, 1x One, 1x Sub, 1x Playbase
B
Seems like the Playbase may potentially have better bass since it has a sub. Playbar does not. Of course, as Paulw123 mentioned, we'll just have to wait until it launches to find out for sure.
S
Userlevel 1

thanks everyone for the input.
Under my wall-mounted TV I have furniture. Either playbar or playbase will sit on it so I really have both options.
As I do want to get the SUB as well, I think the Playbar fits best for me. The only thing that kinda annoys me is that the lack of refined design like the new P5 or the Base. But oh well - it doesn't matter that much. 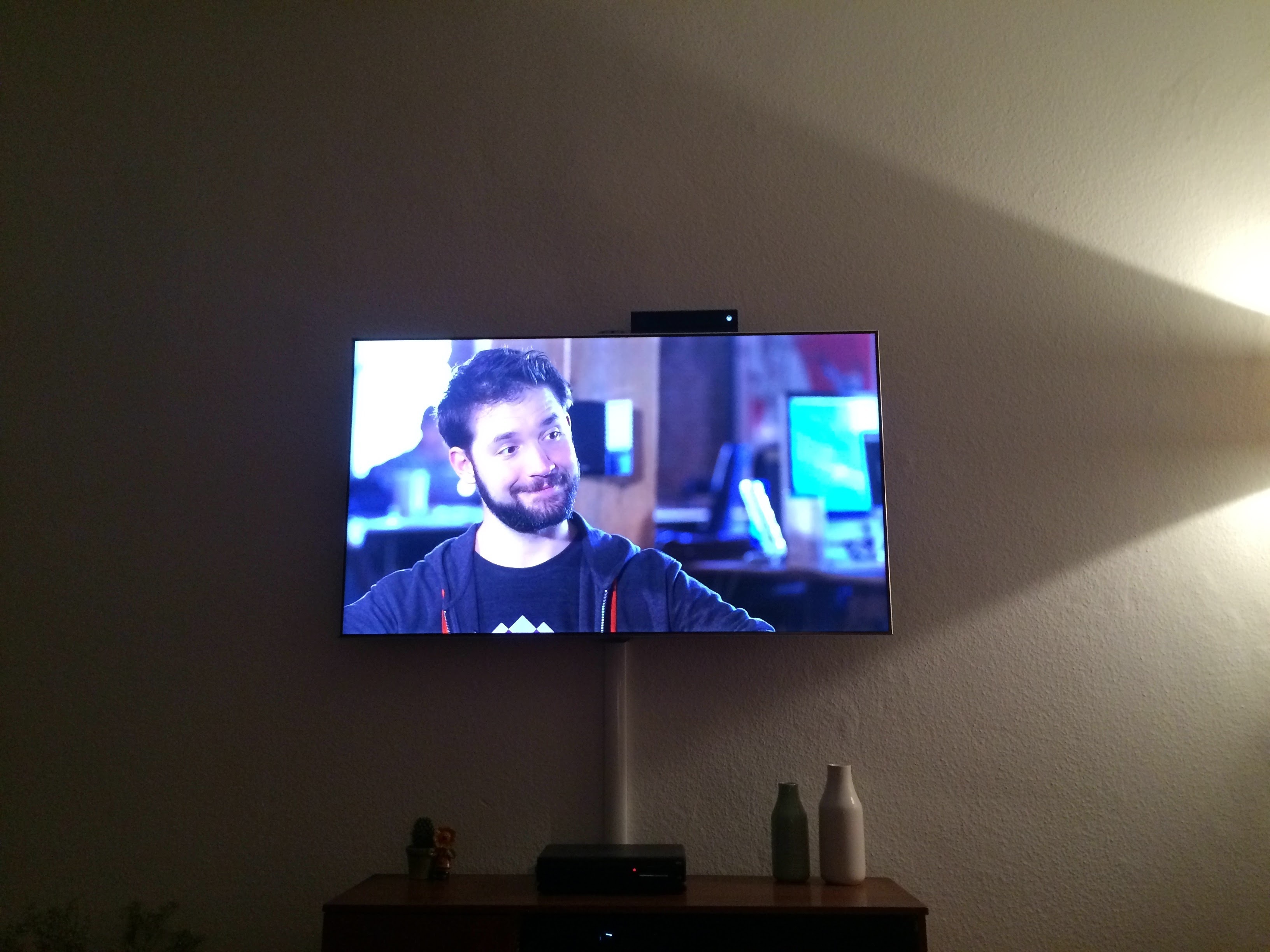 I wouldn't think it would be too hard to put spacers behind a mount for the Playbar so that it would clear your cable channel.
Bruce

+22
Most TV stands for larger TV's these days have feet on both sides vs. single pedestal. Being the playbase is so thin it should fit under the TV with the feet on both sides of the playbase (vs. a pedestal sitting on the playbase).
Respect the Queue (1)Move (2)Beam (1)SonosOne (1)Playbar (3)Play5 (4)Play1 (3)Play3 (3)Connect (1)Connect:Amp (3)Sonos Amp (1)Sub + (9) Echo + Smartthings
J
The PlayBar has two ethernet ports, so if you do connect with a cable you still have an ethernet port for other devices. Other than that, the form factor seems to be a deciding factor until the acoustics are better understood. My TV would sit nicely on the PlayBase so if it had been available, I probably would've gone with it (assuming sound being equal). My PlayBar sits in front of my TV stand, inside a media cabinet, so I have to recess the TV more than I'd like. I'm use to it, but form factor in my case makes a difference.