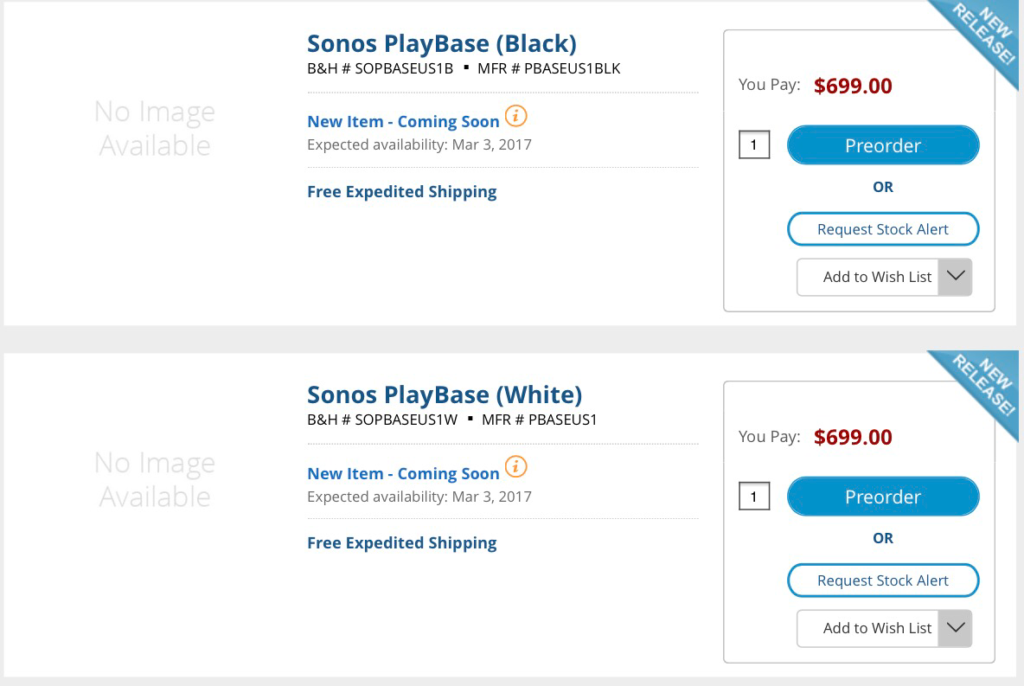 This topic has been closed for further comments. You can use the search bar to find a similar topic, or create a new one by clicking Create Topic at the top of the page.
Page 1 / 3

+14
Deja vu.....
Cue 100's of posts everyone has already read years ago but with the word Playbar replaced by Playbase.

Can we reserve our disappointment until the device (and any accompanying software) is either announced or released? You may indeed have cause for frustration or hatred at that point, but right now, all we have is pictures, and a possible price point. I prefer to have a hopeful outlook on what might be coming.
Bruce

+17
Bose can do it (HDMI/ARC/DTS/4k support) with their latest multi-room compatible soundbar so why is it such a problem for Sonos ?
J
Userlevel 5

+6
If this is true then it's yet another disappointing hardware release from Sonos. My main plasma television doesn't even have an optical out so my only option would be to run an optical cable from the Sky box for watching mainstream television and then another one from my Blu-ray player. I would then have to keep swapping the cables around.

Other televisions in the UK don't output DD via the the optical cable for all sources. Sonos know this and it looks like they are still choosing to release another flawed design.
B
Userlevel 5

+2
I wonder if it will accept a RF remote as a control. New TVs and blurays have RF remotes. Going to be a huge disappointed for some when they come to renew their gear with no way of controlling volume.
G

Is it possible that this isn't intended to be a home theater product and planned to be just another speaker in the lineup?
C

If the leaks are indeed true, and let's be honest, they most likely are, I will be extremely disappointed. Not sure how Sonos wants to survive in this market over the next 5 - 10 years with products like this one..

Digital Transmission Systems is something the FCC has regulatory oversight of. Dedicated To Sound isn't, just as Dolby isn't. This report has nothing to do with dts multichannel Audio.

DTS_WLAN is a measurement on Digital Transmission Systems (DTS). Perhaps the leaked pictures are just placeholder images, so there's a tiny chance the connections shown are not genuine. 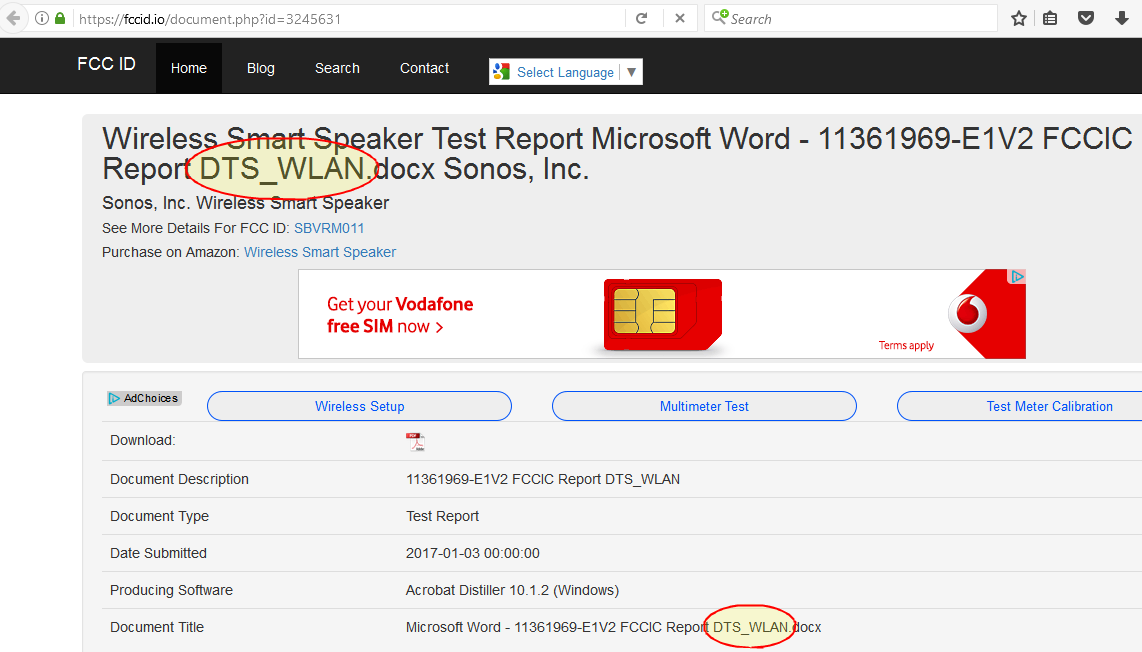 K
Not a minority, but maybe an age thing?! I even find so many of the reviews of today to be overhyped and the movie almost never meets the created expectations; a recent example is LA LA Land. Pleasant enough, but, IMO, forgotten in a short while. Unlike the named Casablanca. Or even The Band Wagon. To pick a French example, The Umbrellas of Cherbourg.

It isn't about the tech.

Not alone at all. Although I enjoy a modern blockbuster as much as anyone, my favorite films are the classics; Casablanca, On the Waterfront, Philadelphia Story, It Happened One Night, etc. and I insist that all be seen (heard) in the original mono, even though I have a fancy surround sound system. Artist intent is artist intent.

My one and only TV (I don't watch a lot) is a 42" LCD. The Playbase would be a perfect match. Unfortunately, I already have a Playbar, which sits rather awkwardly in front of the TV, which I had to raise up a bit to clear the Playbar.

Don't care much about DTS, HDMI and whatnot. Frankly, I find that the overwhelming sound of so many movies from the past decade or more is an attempt to make up for awful scripts. The sound is so overbearing at the theater, I have no desire to duplicate it at home.

Give me great dialog and acting, without all the noise, and I'm a happy moviegoer. All About Eve, which is coming again to the big screen in March, is a superb example of what I'm talking about. Best. Movie. Ever. But I am, no doubt, in the minority of movie lovers.
S
Userlevel 7

+14
Oh I agree. To release this now with no hdmi connectivity or DTS support in 2017 is mind blowing beyond belief. I think even DTS HD formats also carry DTS signal too but am not sure.
I genuinely can't wait to hear why Sonos think it's not required in an audio device designed for playing audio with a video source.

+17
This looks to just be a playbar repacked into a squashed and stretched play 5 housing.
Very disappointing really - no apparent innovation or attempts to rectify the mistakes of the past (hdmi arc/dts or other codecs) or move with the times.

+10
I'm not much of a spec guy... clearly not standard DTS then, but it is articles like this one that make me wonder about 'future proofing' with an HDMI as opposed to only Optical.

+14
You read wrong then. Optical is more than capable of passing standard DTS.
Page 1 / 3