I have a Play 5 speaker which was distorted in the high range (tweeter) from time to time. It had only been in use less than a week, thou it was bought 8 month ago. I called the Danish supportline, who was very kind and serviceminded. he could also see, from the log file, that the first time it was power up, was less than a week ago. So after a little conversation, he said he would send me a new speaker, and then could i return the old one.
Was really pleased by his knowledge, and kindness.

I have now received my new speaker, but now im not so sure if it´s a new speaker or a "old" return speaker which they have repacked, because og the label, and that the corner of the inside case was damaged even thou the outer case (from the shipment) wasn't.

I can se that it has been assigned a new VPN number (please see the attached photo), is there any good explanation for that, and what is that number ?? 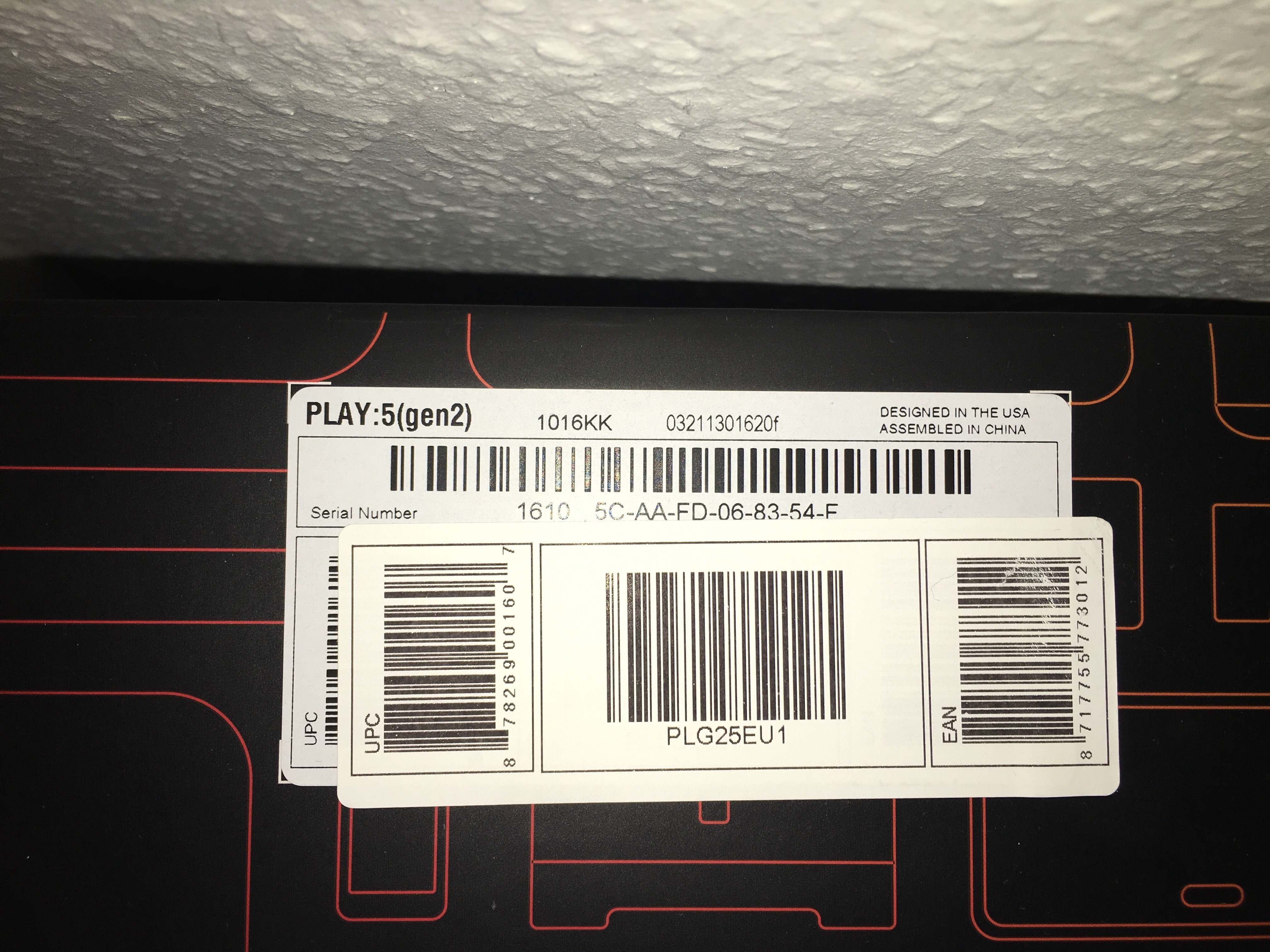 This topic has been closed for further comments. You can use the search bar to find a similar topic, or create a new one by clicking Create Topic at the top of the page.
T
Yes.

I had a power issue with my Play:5 (wouldn't turn on) and Sonos was initially very helpful and facilitated a return and replacement. When I was unpacking the replacement speaker I noticed it had scratches on the face plate so I immediately called them. Turns out they replaced my new, mint speaker for a refurbished unit that "under goes thorough inspection". I absolutely didn't want a refurbished unit as I have no idea the speakers past and went back and forth with various people trying to get my speaker replaced with a new unit. The customer service fell off immediately and they left it at that. Thank goodness I bought through Amazon who understands customer service and immediately processed my return.

Turns out the refurbished speaker only lasted a week of normal use (never close to max volume) before one speaker was blown which was my argument the whole time but Sonos assured this would never happen.....