To homepage To homepage
E
Hello. I have been using a TT with pre-amp connected directly to a Play:5 (2nd Gen.). I purchased a 2nd Play:5 (2nd Gen.) and have integrated as one of a stereo pair. Both speakers push sound with a streaming service, or when grouped with other speakers (e.g. Playbar). But when I spin the record, only the hard-wired Play:5 works, and I get a hum from the new Play:5 that is part of the stereo pair. Help!

That is the correct cable. How old is your TT? I have had audio equipment drop a left/right channel but that's after 20+ years. Have you tried unpairing; then repairing the Play:5's? try playing audio from your phones 3.5mm wired to the Play: 5's
View original

Check that the mini plug is stereo (two black lines instead of one) and that it is fully inserted in the line-in socket on the Play:5.
E
Thanks for the suggestion. Just checked the connection, which I think is set up properly. I have a black and white set up coming out of the TT, which then connect to the Play:5 like this: The jack is snugly inserted into the Play:5.

E
Sorry to do multiple posts, but the weird thing is that even if I switch the wire to the new Play:5, it still plays vinyl through the older one (i.e. no wired connection). This causes me to think that they are definitely "talking" to each other, but not properly...

That's the wrong end of the connection that we're talking about. We're more interested in the end that you're plugging in to your PLAY:5.

That could be an RCA stereo to miniplug mono cable, that's what we're trying to check.
Bruce
E
Ah - I see. That may well be it, because as I play around with it, it only seems to matter that the turntable's right channel (red) RCA cable is connected to the mini plug assembly. In other words, the left channel (white) seems to push no sound when connected. That makes me wonder (hope) that you're right, and there is a simple fix in a new cable.

Is there a brand or standard name for the correct kind of stereo to mini plug cable? I had been using a min plug assembly that came with the TT and then today dug out a set I bought with the first Play:5, the latter being called "Mini to Stereo Audio Cable", which seems to have the same problem.

Thanks for your time so far - I really the patience and helpfulness!

Post a photo of this end of the cable.
K
It should look like this:
https://www.amazon.com/dp/B0040HE0LO/ref=sspa_dk_detail_2?psc=1
N
Userlevel 6

+15
it sounds like one of the connectors isn’t seated properly. Disconnect and then reconnect all cables at both ends to be sure they are all pushed in all of the way.

If the the problem is still there, swap the try connecting red to white and white to left and see if the sound comes from the other speaker.

The one with two jacks are the ends of the first two cables I used. The one with one jack is the one I just bought, described on the box as "Stereo to RCA Audio Cable." To me, they all look the same, and look like the right piece, but as I posted yesterday, it is still only pushing right channel sound. When I do the swap (red to white and white to red), it switches the speakers (though strangely enough, the sound is a lot stronger on the first Play:5 out of the pair).

I have I have disconnected and re-connected all ends, other than right at the turntable, whose analog cables come out from the inside the structure of the TT.

Any thoughts, much, much appreciated - this is killing me! 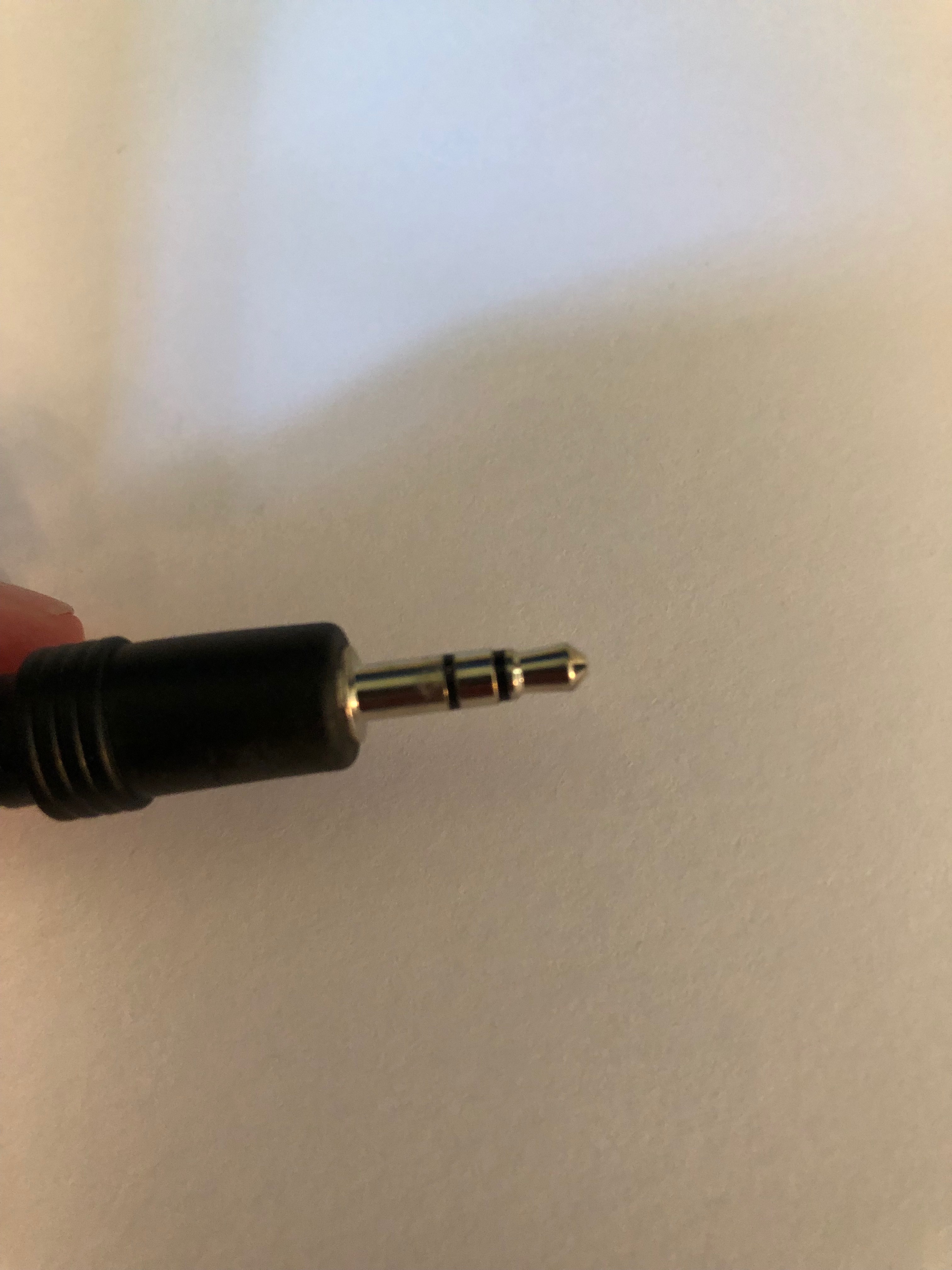 +7
That is the correct cable. How old is your TT? I have had audio equipment drop a left/right channel but that's after 20+ years. Have you tried unpairing; then repairing the Play:5's? try playing audio from your phones 3.5mm wired to the Play: 5's
| 1 x Hay 1 | 3 x PLAY:1 | 3 x PLAY:3 | 1 x PLAY:5 | Sony PS-HX500
E
Thanks for the alternate suggestion. The phone's 3.5 mm wired to the Play:5 is working perfectly. I have an Audio-Technica LP-120 that I bought about 9 months ago. Does this suggest that the left (white) channel is malfunctioning?

+15
The fact that the sound comes out of the other speaker when you swap the connections does suggest that the signal coming from the turntable (or the cable) is the problem.
E
Thanks all. I consulted an AT blog and followed the suggestions there (re-balancing the tonearm, verifying the connections between the tone arm and the stylus assembly, etc.) and they haven't helped. The TT is new enough that I'm hoping I can get some support from Audio-Techinca. I'll follow up here, but am open to any other suggestions ... thanks again for the various thoughts - it would seem that the problem must lie within the TT somewhere.

Could be a cartridge issue, the tags on the cartridge, the tone arm leads or the fixed lead out the back of the TT.

An multimeter will help trace the fault.

It shouldn't matter but I suggest using the Left Play 5 as the line-in input. Also, click the link below and follow instructions to adjust the Line-in settings. I use level 10 with my TT. Let us know how things sort out.

Cheers!
Together Everyone Achieves More = T.E.A.M.
E
I got a more thorough set of instructions from the Audio Technica support staff and reset the pins that are within the tonearm, which contact the far end (from the stylus) of the stylus assembly and voila, I have stereo sound. Monitoring it closely while the TT is under warranty to make sure that every 5 records I play, I don't have to remove the assembly and push pins with a chopstick, but the good news is the speakers are working perfectly together. Thanks for all the great suggestions and troubleshooting!

Lol. Such things are a part of the "joy" of using a turntable, that digital audio cannot provide - I doubt you will need to use a chopstick again unless it is after using a protractor to realign the cartridge!