+1
Hi, my Imported Playlists seem to have disappeared overnight. They were there when I went to bed because I had been listening to one. They are no longer there this morning. Any ideas?
icon

Nope, it was the Imported Playlists from my ITunes folder which sit within the Music Library. They were not visible on any of my devices but I did a Music Library Update and they re-appeared. Very odd.
View original
This topic has been closed for further comments. You can use the search bar to find a similar topic, or create a new one by clicking Create Topic at the top of the page.

Imported playlists from where? Are you sure you don't refer to the play queue which can easily be cleared if it has not been saved. 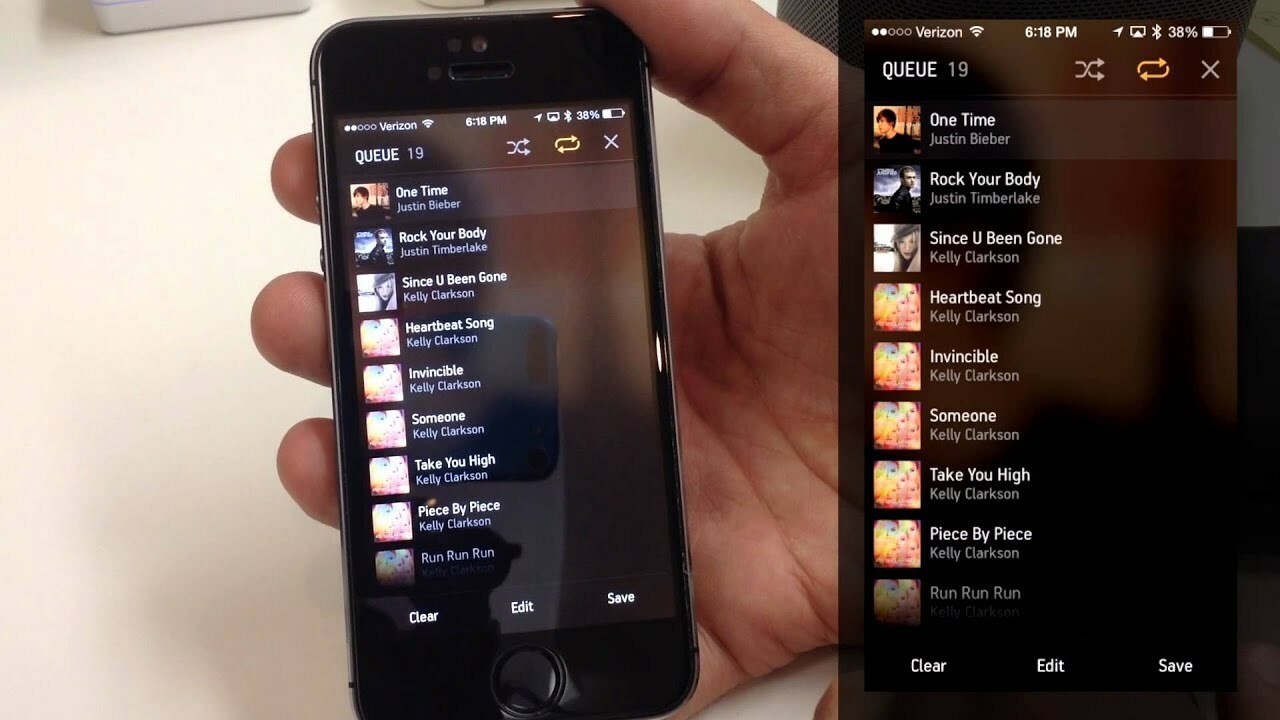 »And the world is like an apple whirling silently in space, Like the circles that you find in the windmills of your mind.« (›Windmills Of Your Mind‹ [1967]. Music by Michel Legrand ; English lyrics written by Alan & Marilyn Bergman)
G

+1
Nope, it was the Imported Playlists from my ITunes folder which sit within the Music Library. They were not visible on any of my devices but I did a Music Library Update and they re-appeared. Very odd.
G

+1
It as happened again. This time though updating the music library has not restored them. Yesterday morning I was listening to an imported playlist from ITunes. Today they have disappeared again. Prior to the last week these playlists have been in the library for literally years. This is getting very annoying. Does anyone have any ideas?

+20
Hi, GubGub. Playlists created in iTunes are made visible to third-party applications and services via an Apple proprietary file called an .xml file. If this file is moved, copied or compromised, it can cause issues with Sonos reading your playlists. Have you been backing up any data? Moving it around? Can you find that .xml file on your computer and see when it was last modified?
G

+1
Nope. Nothing has changed. The XML file is where it has always been and it is marked as available to other applications within ITunes itself. That is why it is so mystifying. I haven't made any changes to the setup but the Imported Playlists keep randomly disappearing. The rest of the Music Library is still ok.
G

+1
The XML file shows as updating today but that is because it updates every time I open/close ITunes on my PC which I did when I discovered the playlists had disappeared from Sonos again earlier today. I was double checking that the XML sharing option was still ticked.

+20
So it is updating as it should. Strange. Is your WiFi network segmented into multiple instances? i.e. Any extenders or additional access points running? Is there a firewall installed on that computer?

EDIT: A firewall other than Windows Defender or anything native to your computer as stock.
G

+1
No there is no segmentation and there is a wired connection between my internet hub and both the PC and my Sonos Connect.

My Bitdefender security includes a Firewall but has been set up with a rule to allow Sonos and has been in place for two years.
G

+1
I have now updated the Music Library muliple times, which did not work. I have also deleted and re-installed the library which has not worked either. It seems that Sonos now flatly refuses to import playlists from ITunes, which makes it of little use to me.
M
Userlevel 5

Make sure the music library and playlists are set to shared within the iTunes preferences.

You can always try unchecking then checking the share .XML file. Sometimes that will help.

Make sure you're indexing the correct file path of your music library too.

When all else fails:
Music library troubleshooting

+1
It now seems to be worse than just the Playlists. A large part of the music library has also not imported. This was all perfectly fine until a few days ago and even today at least all of the music was visible. I am bewildered as to how to fix this. It seems that anything I have added recently is missing but I can't tell how far back.

Further investigation reveals that everything I have added to ITunes after 1st April 2017 is now missing from my Sonos Music Library.

+26
Just a guess on my part, it's possible that you've got a couple folders called "Music" that are shared and the music library jumped from one to the other, only one of them having the XML and new files. Plenty of other things could be happening however, and I don't see a diagnostic to look further into it.

I'd recommend at this point to give us a call and work with a technician live.
Mark good posts by pressing the like button, and select the best answer on questions you've asked to help others find solutions.
G

+1
OK. It is definitely not the Music folder thing. The media is all n a discrete folder called Ipod on an external hard drive attached to the PC. The XML file is in the same folder and the ITunes software is pointed at that folder for storing and organising the library.

I have this library backed up on a different external hard drive so I am currently trying to import it to Sonos from there instead. I don't expect the playlist to work but if it will read all of the media that will be a start.

It is getting late here now so if I need to call it will not be before tomorrow.
G

+1
Somehow I have managed to fix this (at least for the time being) though I am not quite sure how. The importing of the library from the back up copy took over 3 hours but was successful. Only problem with that is that the primary copy of the library to which ITunes points is on a NAS, albeit one which is hard wired to the router, as is the Connect. Using the back up copy would not allow me to play tracks from Sonos unless the PC is switched on whereas the library on the NAS is available without that being the case.

So, I deleted the back up library share from Sonos and tried to import the library from the NAS again, which meant leaving it overnight to update. I wasn't optimistic but when I got up this morning, lo and behold my entire library was once again available on Sonos with all the Imported Playlists intact.

I have disabled the scheduled daily update so hopefully it will now stay that way but I will cross my fingers for the next time I do a manual Music Library update.