To homepage To homepage
Z
Alright. so my Connect is being recognized and is powered. I have a turn table going into my receiver via the phono RCA inputs, I have another RCA cord in the output of the Connect box. Now what input do I put the end of that into? I dont just have a simple "Audio In" on my receiver. I have Phono, CD, etc. Cant figure this one out. I want the signal out of my receiver to play over the rest of my Sonos system. Its an older receiver so its only analog inputs. 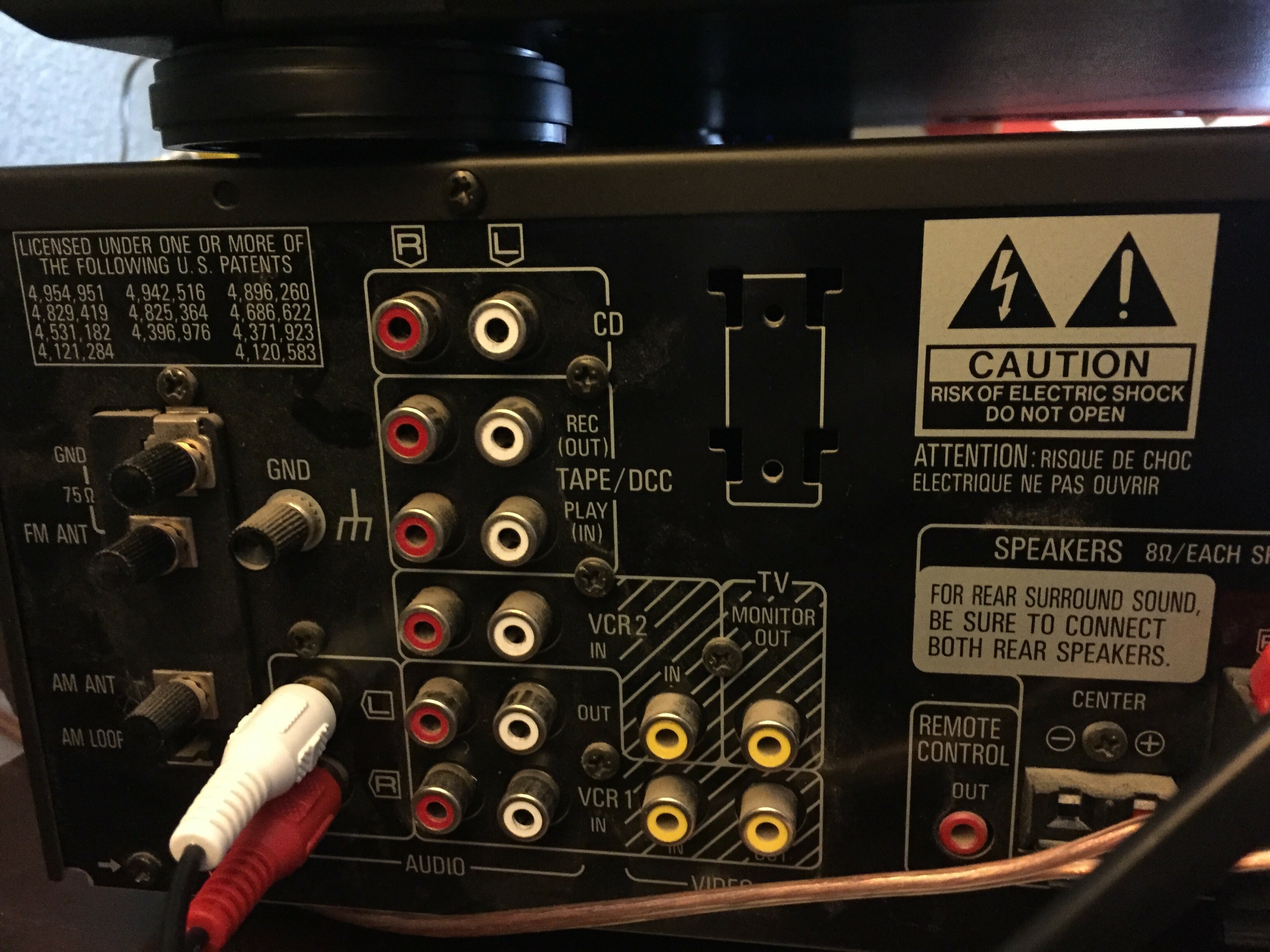 On the receiver front panel there must be a way to select which inputs you want it to play - to switch between the TT and the Connect, for example.
Z
Ok, but I want to play the turntable they my my turntable speakers and the sonos system all at once. So I need to have phone selected to here the record. I must be missing somethiing

Also I'd like to run My CD player via the CD inputs
K
See this for how to get the line in on the Connect to work, particularly step 2 there:http://blog.sonos.com/en/hot-tip-how-to-use-line-in-on-sonos/

Once you do that with the TT playing and the input on the receiver set to the phono input, music should play from both the receiver wired speakers and Sonos kit that is grouped with the Connect.

I think the two VCR inputs - the red/white ones - are functionally the same as the ones marked CD. So the CD player can be connected to one of these three pairs, and the Connect output to any of the remaining two. Select the input you want the receiver to play via the selector on the receiver front panel.

+11
I would agree with Kumar.
What else do you need to have plugged in to the receiver?
You can plug the Connect into the Tape/DCC connections. (In on the connect to out on the receiver and vice versa.) When playing the turntable, select turntable on the receiver and the Tape outputs will feed the signal to the Connect. On other zones you can then select the line in of the Connect and hear the turntable, although the other zones will have a small delay. If you are playing a CD, then select CD and the same is true of listening through other zones. If you select Tape on the receiver then you will listen to the output of the Connect. The advantage here is that if the Tape setting on your receiver works as a monitor function (i.e. you don't have to unselect turntable or CD player) then you will be able to listen to the Connect through your receiver too, meaning that your receiver will play in time with other zones as the small delay is now added at the receiver.
I hope that makes sense?
Z
That did the trick! Thank you so much you two,