They’ve supported Chromecast from Android phones and tablets for a while now, but as of today’s update, the Amazon Music app can finally cast to Sonos and Echo. About time, Amazon! And thanks.
This topic has been closed for further comments. You can use the search bar to find a similar topic, or create a new one by clicking Create Topic at the top of the page.

..and airplay. If you have a Beam or Sonos One, you'll sell it listed in 3 different places as a device you can cast to, because they are Sonos, alexa enabled devices, and airplay compatible.
Danny

Yeah, I’ve tried AirPlay 2, not much better than the old AirPlay, still sucks Bigly. Still suffers lots of Dropouts on the same WiFi that supports HD video streaming, Google Home, Echo Show, etc without a hitch. AirPlay is a nonstarter for me, really have no use cases for it.

Been testing casting to Play:1 stereo pair for a couple of hours. So far, no glitches, after switching in and out of the Amazon app multiple times. It always syncs right up, knows exactly what it’s connected to and where it is in a song.

By contrast, the Pandora app gets hopelessly lost, will start playing a new song on the phone, while still casting, etc after a few switches of focus. Amazon obviously took the time to do it right. Nice.

Chicks, I've done a little bit of testing to...from the office. This works without even being on your home wifi network, btw. Part of the reason Amazon casting works so well is that it seems to be leveraging it's existing Alexa cloud, and the Sonos cloud. Effectively, the only difference between making a voice command with Alexa to an echo or Sonos speaker, and this casting, is that the casting will send a command to play audio at a particular point in the song to your alexa enabled device or Sonos speaker. I don't even think it's really 'casting' anything. It's more of a 'stop playing here' and 'start playing over here at location X:XX of the song'.

I would be really surprised if you can cast to a Sonos speaker (without airplay) if you have not enabled the Sonos skill on Alexa.

Of course, when the casting is using airplay, none of the above holds true.
Danny

Oh, wow! Yep, just switched off WiFi on the iPad, and the app stays in perfect sync. So they’re not using Sonos Direct Control. Interesting. This beats Chromecast, AirPlay and probably Spotify’s propriety protocol by a country mile. Most excellent!

I am completely speculating, but I wouldn't be too surprised if we started seeing this functionality start popping up for the other audio services that Alexa supports. Pandora, Spotify, Sirius XM, etc. It's a little trickier since those apps don't exactly have access to Alexa the way that the Amazon app does, but Amazon could be motivated to make it happens as a way of competing with airplay.
Danny

Compete with AirPlay? That would obliterate AirPlay, at least technically. So much better, assuming a good internet connection (fiber, 4G or soon 5G).

Their marketing folks have dubbed it “Alexa Cast”. 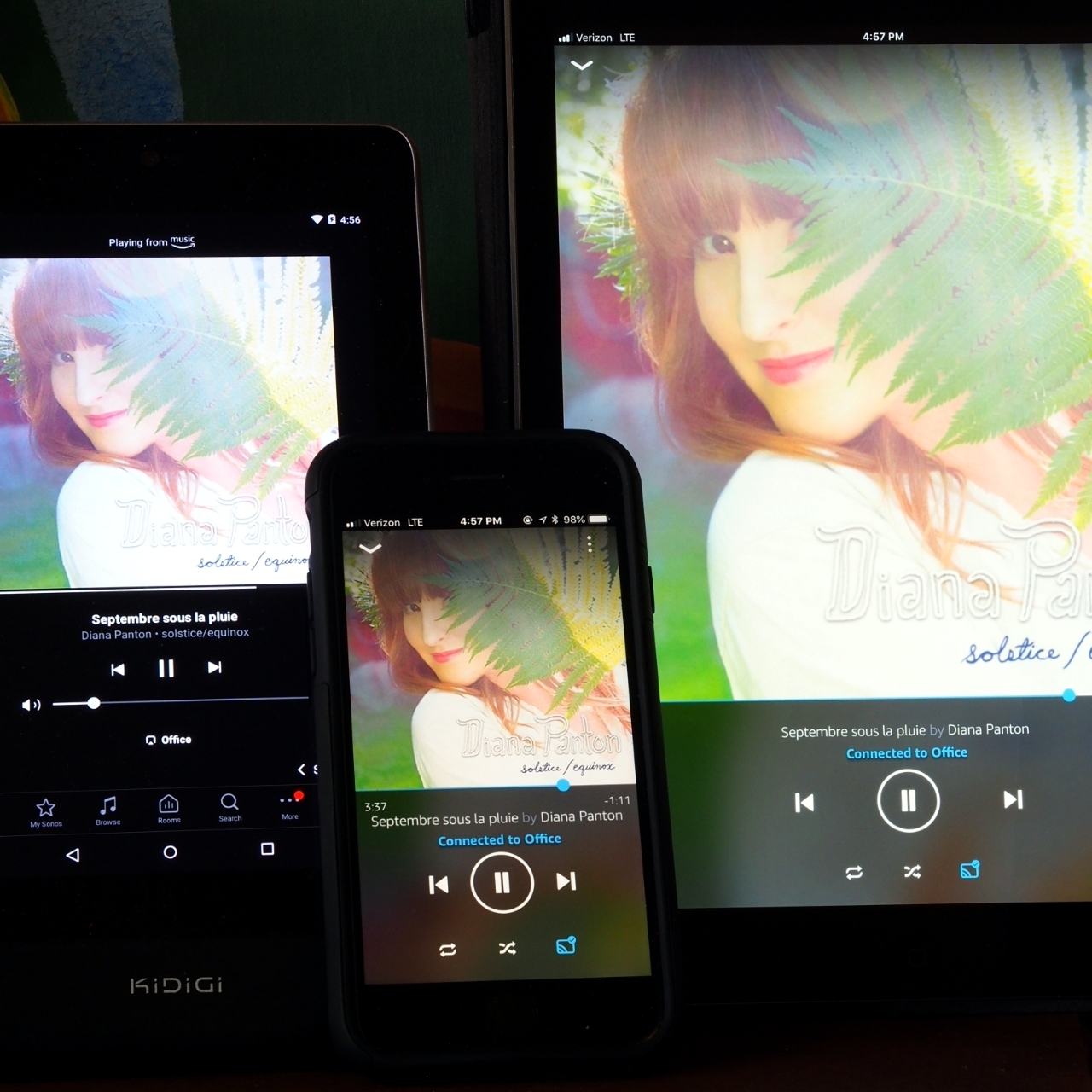 K
It works with my wired to Sonos line in Echo Dots, but I am not sure I have a use case for casting since I can order up music via voice just as easily.
A question though: if I was to start music play by voice, the music that is then playing does not show in the app so I can't use both voice and cast in tandem for control depending on what's more convenient. Am I missing something?

Just started an album via Alexa voice control on the Ones, from Amazon Music. Started the Amazon Music app on the iPad, selected cast to (room). Got the option to start from the app, or see what’s playing. Chose the latter, app switched to the album playing on the Ones, in perfect sync.

Note that this functionality is brand new with today’s Amazon Music app update here in the US. No idea if it’s available in India yet.
K
Yes, thanks, it works for me too; maybe it took some time to sync across because I had just downloaded the app.
K
And yes, it works in India as well. Unlike Sonos that has still not been able to get Alexa on Sonos to India since October, when Amazon launched Alexa in India. With enough line in jacks I don't care, but there are some Indians stranded with their One purchases.

There is a difference between talking global and being global. Casting Google Play Music to Sonos was made available in India immediately by Google. Amazon took some time with Alexa, but I suspect that was because they launched it with Indian accented English; Alexa cast needs none of that, and is working fine today.

Sonos has ways to go; like many US companies, their global definition seem to be US and Western Europe.