+2
I understand that SonosNet is allegedly superior to Wi-Fi/AirPlay for streaming.. but I hope Sonos re-considers the decision to not implement AirPlay. Now with AirPlay 2 supporting HomeKit integration, I really do not desire purchasing a Sonos Connect & Airport Express for every room in order to stream to all of my Sonos speakers outside of the Sonos app and tie-in to HomeKit.
icon

This is an older thread, but I wanted to post and update to make sure everyone knows that we've added AirPlay 2 support to Sonos. You can read more about the integration here.
View original
"Music can name the unnameable and communicate the unknowable." -Leonard Bernstein
Show first post Hide first post
This topic has been closed for further comments. You can use the search bar to find a similar topic, or create a new one by clicking Create Topic at the top of the page.
Page 3 / 7
J
I know at least 30 Sonos users (having previously been a Sonos reseller), none of whom has any deal breaker issues. They are all happy with their systems and none has ever mentioned Airplay to me. You are entitled to your own preferences but your extension to other users is unjustified.
S
Userlevel 5

Sorry sonos - the reviews confirm that the homepod outperforms a play 3 and that is amazing.


I know that people are calling them "reviews" online, but if the product isn't going to be out for several months I feel like that's a "preview".

First, you're amazed that a speaker released 6 years later and sold for $50 more sounds better than the Play 3? You might want to boost your expectations :)

The reviews I've seen from (ex. What Hifi, Tech Radar) have mentioned a similar audio quality to the Play 3 with a heavy bass element. It also appears to all be from the same controlled environment, and I can't say I'm completely trusting of a competitor setting up the equipment.

Look, the HomePod is an interesting device. It offers an improved smart speaker listening experience, but it's occupying a questionable niche for me. The "reviews" talk about how easy it is to pair them. You're paying a lot of premium for the "smarts" this speaker offers, and every device that gets paired is essentially wasted for them.

If your desire is a single Apple smart speaker with good sound then your answer may be here later in 2017. If you have the desire for more speakers though, you're immediately treading on thin ice until I see something that suggests otherwise.
F
Userlevel 1

+2
Have never really figured out why Sonos simply wouldn't pay the royalties and get Airplay running on their systems. It's not going to add a huge percentage to what isn't exactly a super cheap system. I have Airport Express's running off a few of my Connect Amp's and it can be so convenient playing from any music app I have. I look at Sonos speakers as simply wireless speakers and feel we shouldn't be locked down with Sonos' app centric design. I appreciate not every app like Spotify will have native Sonos control but surely Airplay is the easiest & most user convenient solution to enable all apps to play music to Sonos.
P
Userlevel 1
Couldn't agree more with how great Airplay support would be. I was at a friends on the weekend who has B & O speakers. I connected to her wifi network, POW. Done. The music app, podcast aps, it seemed anything could use her speakers. It was so simple, so easy. Come on Sonos, join the party please.
C
I will be selling my Sonos surround setup due to lack of airplay support.

I've enjoyed the Sonos experience until now, but other solutions that include airplay support offer a more compelling experience for me from my many apple devices.
T
Userlevel 2
Volume issue here best bit is it likes to do it at silly o'clock and I have neighbours...:

And it took me seconds to design a screen that could be used in place of the group speaker screen spotify opens in the sonos app:- 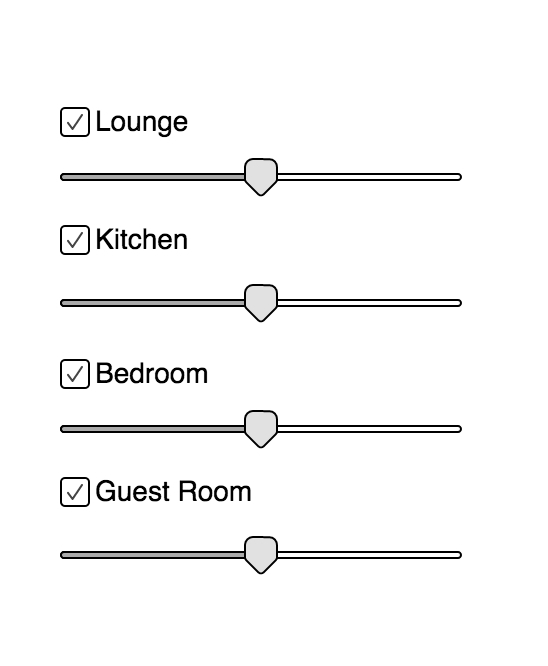 +2
Oh, so it's a Spotify integration issue within the Sonos app.. I don't use Spotify. That's a bummer though.
"Music can name the unnameable and communicate the unknowable." -Leonard Bernstein


That's correct. Once again though, the kludginess comes into play with having to go into the Sonos app and group the speakers you want to play together in addition to pushing the stream to the AirPlay device connected to the Sonos Connect.

I'm tracking... Proud owner of a multi-room Sonos setup to include a Connect which is setup to a pre-amp that has both my AirPort Express and turntable connected to the inputs.
"Music can name the unnameable and communicate the unknowable." -Leonard Bernstein


It would be better to point out posts and not the entire thread. People will always make posts like that in others' threads just as there are those that dismiss valid points in order to point out nonsensical posts which don't align to the OP.
"Music can name the unnameable and communicate the unknowable." -Leonard Bernstein
J
Apologies - as with @jgatie, my comment wasn't aimed at you, but threads take on a life of their own. It's the doom-mongers I take issue with. I respect their right to express their view but it's a public forum and I claim my right to challenge their views. I personally have also found Airplay to be unreliable. You have clearly not had any problems. I would rather Sonos had nothing to do with it because I think the "through the device" technology of the original Airplay is inconsistent with Sonos' technology and could be detrimental to the Sonos experience. Maybe Airplay 2 takes a different approach? Anyway, you are of course entitled to request any feature you wish.

+2
AirPlay has been extremely reliable on the hardware that has been released the last few years. What it hasn't done well in years past is streaming in sync as well as the fact that all AirPlay compatible hardware (that I'm aware of) reprocesses lossless audio files. I'm hopeful that AirPlay 2 addresses the syncing issue as they've figured it out with the AirPods quite well. Even if it isn't great for synced music, that's not what many people will use it for which is to push music from outside the Sonos environment to the Sonos speakers without needing extra gear. The speaker hardware is already sufficient.

Positives for including AirPlay 2:
-Added capability with no loss to existing capabilities.
-Works in more situations.. especially for all iDevice & Mac owners

Negatives for including AirPlay 2:
-Licensing cost
-Non technical people might not opt to use SonosNet or steer from using the embedded streaming services unless they want discover that it allows them to stream even without having their media devices on the network. (for these people, they aren't audiophiles anyway)
-Developer hours

Negatives to not including AirPlay 2:
-Potential loss of some customers who have been known to return or not purchase the equipment because it doesn't do what they thought it would do
-Loss of capability for a good amount of Mac/iOS customers
"Music can name the unnameable and communicate the unknowable." -Leonard Bernstein
W
I agree. AirPlay 2 support really needs to happen. I love the speakers I have, but as someone who listens to a lot of podcasts using Overcast on the iPhone, it is extremely frustrating to have to setup the speakers within the app so I can then Airplay to a speaker. Apple's announcements yesterday show that they are going to be challenging Sonos.


This, although not as ideal for the consumer because it's something else I have to buy/power on/store/maintain, might work out better for Sonos because of possible lesser licensing fees if it's done per device and the people that want it can buy it.
"Music can name the unnameable and communicate the unknowable." -Leonard Bernstein
R


The early reports are that it beats the Play 3 in sound quality. I own four Play 1's, and the minute the HomePod hits the market they're all going up for sale.
J
Well it sounded like it was an Apple staged demo, with Apple choosing the demo music and controlling volumes. And the Play:3 is Sonos' oldest and least impressive speaker. So having never done your own comparison you are ready to dump Sonos? How odd. Sonos don't have a monopoly on good sound so I'll be interested to hear which sounds better. By actually listening to it.
D
Userlevel 2

That would be great! I own 2 play 1, one 5, sub and playbar and another 5 would take it even better. Couldn't care less about that apple wifi thing.

First world problems: 1) I need to use my hands to play music 2) have to click few times more 3) my virtual ecosystem isn't flawless.

Get real and talk to people from Aleppo, Donbas, Venezuela or North Korea.:@
D
Userlevel 2

My point is that predicting sonos demise over AirPlay nonsense is way off. There are people in many countries who would like to get sonos regardless of AirPlay. Furthermore, I see that our respective community members are getting very emotional about "things". That's not healthy.

I would really love new features and sonos should take every opportunity to make their products better when enemy is at the gates (competition like homepod and any other speaker that will support airplay). But hey, sonos has limited resources. why AirPlay should be more important than Alexa integration when multiroom support is already there?

I am wondering why people bought sonos taken there was no direct airplay support from the begging? Is it hope or other features that make sonos speakers exceptional?
J
Userlevel 1
See this https://www.forbes.com/sites/aarontilley/2017/06/07/apple-homekit-wwdc-2017-update/#5297407e1283

This might make it easier or possible to add HomeKit to existing Sonos products. No guarantee of course.

Bose dropped Airplay 1. Are they now supporting Airplay 2? Did they not learn from the first fiasco that caused them to relaunch their entire line?
D
Userlevel 2

Correct me if I'm wrong: you are willing to sell sonos because your friends are not clever enough? That's ok.
D
Userlevel 2

Yet another Sonos "owner" coming here touting Airplay on their very first post. Pardon me if I show a little skepticism. :8
M

FWIW sonos account says they are looking in to it https://i.redd.it/uchnj5kquu2z.jpg

(not my screen grab)
M

2010 there was not a such good speaker in pipeline from apple.

Everything out of one hand will be the keyword.

Apple is doing great in their ecosystem and now its time for speakers.

Everybody who ignores that will be supprisef 2018 - others will plan their exit on sonos. We live in a modern world and innavation will succeef.