Better sound, supposedly. Doubt it will still perform anywhere near as well as a Play:1. The (touch?) screen will make it useful on a nightstand or in the kitchen. 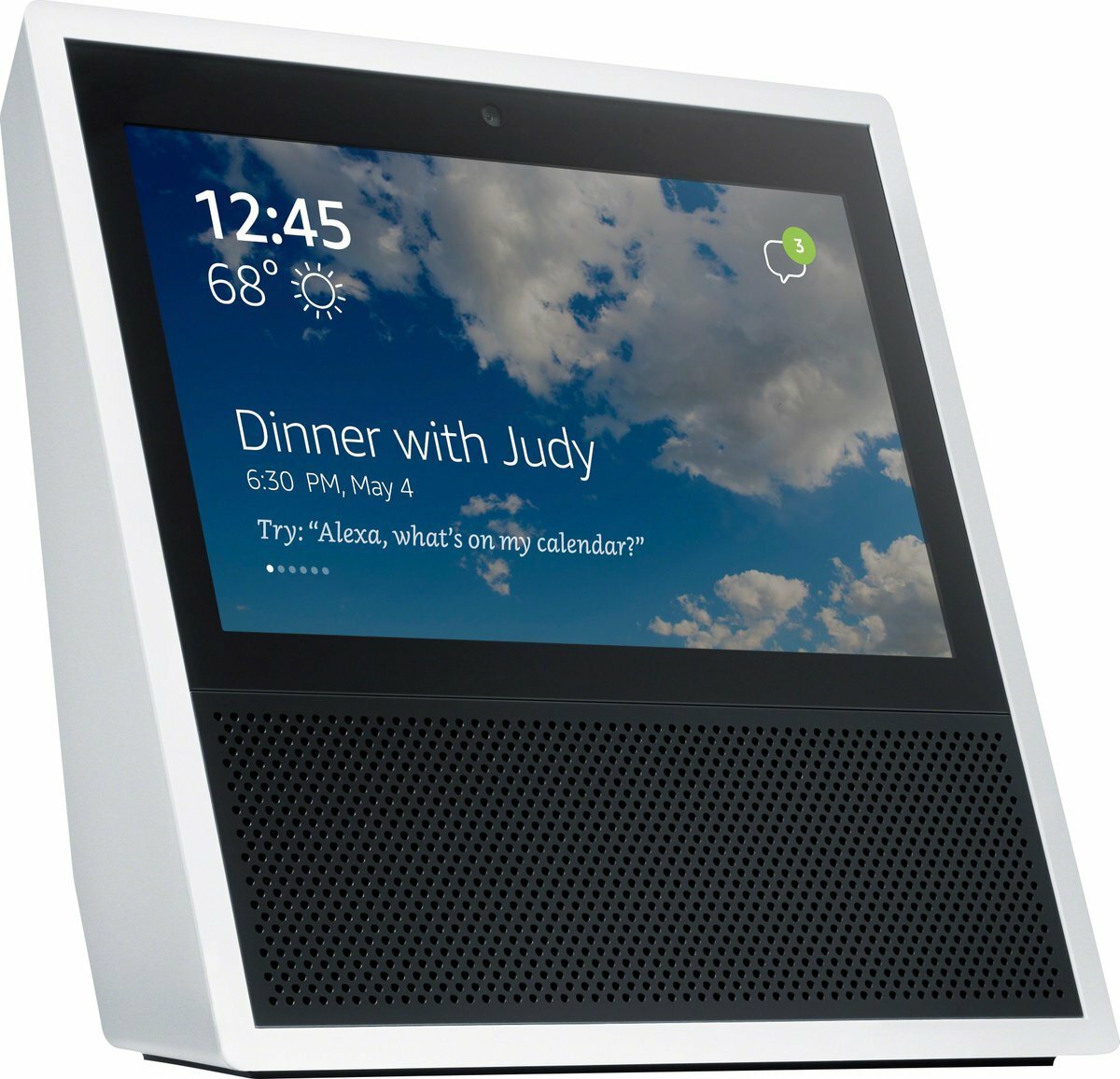 This topic has been closed for further comments. You can use the search bar to find a similar topic, or create a new one by clicking Create Topic at the top of the page.
U
I think Kitchen, bedroom, desk, workshop, laundry, and guest room to start and then go from there depending on actual audio quality. I expect to cut down my Sonos system by anywhere from 5 to 10 zones with these. I'll keep Sonos in the areas where I need synced music for entertaining at least until the Alexa integration is released and then see where things stand. Hopefully will eventually end up with a nice unified ecosystem of Sonos and Amazon players with just the right feature set in each location.
Local music library with carefully constructed playlists - no shuffling!, Integration with Homeseer Automation, No touch screen devices, No streaming services, No Apple products ever

+21
I don't see the point in a touch screen on a voice activated device. You're just admitting that voice control isn't up to the job. You certainly don't want a touch screen device in the kitchen and probably not in the bathroom.
Playbar + Sub + 2 x Play 1/ Stereo Play 3s/ Play 1 Stereo in Kitchen, Play 1 in Bedroom, Study & Bathroom, Sonos One in Conservatory

I use an iPad in the kitchen all the time. Perfect for recipes (I'm partial to the NYT cooking app). I've tried Allrecipe app on Echo. Too difficult using voice only, touchscreen vastly superior for this task.
U
I would disagree with any expectation that there is a single control strategy that works for all scenarios. Voice is ideal for rapid access to specific playlists, songs. artists, or radio stations which covers probably 90% of music selection requirements. A touch screen is ideal for building playlists, browsing a music collection, displaying album art, visualizers or lyrics. Dedicated hard buttons are the best option for rapid access to muting, transport, and volume. The fact that there is some overlap between the methodologies means you can get by with one or the other but ideally all options should be available.

I don't see any hard buttons on this new Amazon unit but I can see where a combination of voice and touch screen covers most of the bases for an ideal user experience. Look forward to telling Alexa to play a playlist in the kitchen and have the album art or lyrics or a visualizer display on the screen as the music plays.

Yea, it's interesting, but I just don't see the need in my home. But I think it's a good move on their part, there are lots of grandparents that will love that video messaging system, I think. Something that Ma Bell was never able to get going, but the extended features make the whole thing make sense, especially for non-technical folks. If they can get someone to set it up and link it for them, it should be somewhat more useful.

That being said, I still have 2 Dots and an Echo in my home. And I'm patiently waiting for Sonos integration with them. Or maybe not so patiently, but I'm pretty sure poking them every week won't make it happen any quicker

Bruce
K
Lol. Something to be said for development speed at Amazon though. More reasons for Sonos to hurry things along - without getting into the more haste less speed trap. And hopefully, the integration is going to capture the relevant adds that this device offers to the feature set. Track playing read out for example? Something that I always miss on Sonos, unless I invoke the controller.

Agreed. The thing I keep tripping on in my personal development thoughts is the need to interpret so many random voice things. Who knows what names I've assigned to my rooms that will need to be interpreted. Shoot, I've got music that I listen to that I don't know how to pronounce. How will I be able to vocalize things I don't know? Sonos already has a pretty wide distribution across many countries and languages. I don't know offhand what Amazon supports, although I do know they're in the UK with the system, not sure about other locations/languages.

Should be interesting to see what happens. What I'm certain of is that whatever is released, there will be complaints. We are humans, after all

Bruce
U
Since Amazon went ahead and released the phone and intercom features on existing Echos ahead of shipping the Echo Show I have been testing out these new features on the family and they have been a big hit. Grandma was able to call her granddaughter in Texas just by telling Alexa to place the call... she didn't have to touch any tech at all and the call was crystal clear and they both enjoyed the conversation. The intercom is also interesting because a family member can place a call to me and it rings both my phone plus every other Echo in the house so I can respond hands free if I am home or from my phone if I am not. The person calling doesn't need to know where I am to reach me. (I don't carry a phone when I am at home so there was no universal way to reach me before.)

So now the interesting question how is this is all going to work with the Sonos integration? Let's say I have an Echo and a pair of Play1s in my workshop and I tell Alexa to play some music through Sonos. Then a call comes in on the Echo and I need to mute the Play1s while I take the call. If I answer the call first can Alexa still accept a command to mute the Sonos speakers while the call is in progress? Or do I need to issue the mute command before accepting the call? Or does the pending call block the ability to issue control commands and I have to scramble for the VOL- button on the Play1s?

These are the everyday kinds of scenarios that will impact how positive a user experience the Alexa/Sonos integration provides. Hopefully this and similar scenarios will be thoroughly tested and fine tuned during the beta.
Local music library with carefully constructed playlists - no shuffling!, Integration with Homeseer Automation, No touch screen devices, No streaming services, No Apple products ever
K

How does Echo manage these today for music it plays? Sonos integration cannot better that surely, but doing this just as well should be the objective.
U
When you are using an Echo device everything is in the same unit so when you issue a command while music is playing it just mutes the music. If you engage a different function like ask for a weather report or something it just does that and then returns to the music when finished. Sonos does not need to do anything more than that but there is a question of how that will work when you have two separate devices involved. Will the Echo in the room keep track of the state of a Sonos component in the same room so it can do the same sort of muting that it does when everything is in the same box? That seems like an unrealistic expectation so the next best thing would be to be able to mute the Sonos manually when a competing function is happening on the Echo. Just wondering what mechanism will be available to do that and how easy it will be in day to day practice. I'm sure Sonos is already thinking about this.
Local music library with carefully constructed playlists - no shuffling!, Integration with Homeseer Automation, No touch screen devices, No streaming services, No Apple products ever