To homepage To homepage
K
I am not sure there is a thread on what Sonos is truly about - the music, so this might be an interesting thread. I have left out classical because that deserves a thread of its own and modern pop because it all sounds the same to me.
I have Phil Keaggy strumming Solitude from his Acoustic Sketches album right now in the bedroom on a play 1 pair and sounding very good indeed.
Recently heard and equally good music and mastering:
1. Michel Petrucciani and NHOP
2. Beyond the Missouri Sky - Metheny and Haden
3. Chiaroscuro - Fresu and Towner
4. Jan Johannsen - Jazz pa Svenska
5. The Astounding Eyes of Rita - Anouar Brahem
6. Last Dance/Jasmine - Jarrett and Haden
7. Saturday Morning - Ahmad Jamal
8. Melos - Paolo Fresu
All but the last are ITunes 256kbps purchases, the last a lossless CD rip.
Very little lost in translation for the lossy thing and Sonos convenience.
Any recommendations on similar music that uses the silence between the notes effectively?
This topic has been closed for further comments. You can use the search bar to find a similar topic, or create a new one by clicking Create Topic at the top of the page.
Page 6 / 14

Thanks. I will look for those. I am one of those dinosaurs who still collect CDs. And I do like the live jazz albums.

Our taste has much in common; ECM in general, Annour Brahem, Oregon and Collin Wallcott ... I have many of those

I also like classical music and pop|rock .... so many days, so many moods ..

One of my "new" (to me) artists are Oliver Nelson. I have owned, and enjoyed The Blues and the Abstract Truth for a long time, but recently got Straight Ahead and also Screamin' The Blues, both of which are good. I intend to get some more of his.

The other thing that I have started appreciating lately is André Previn's jazz recordings. Nothing flashy, but good chamber music style jazz. I bought his 10 cd box set a while ago, which I am slowly working through. ... These box sets are killing me. So inexpensive, but only if your time comes free.
Want to obtain and use your Sonos play counts? ... If yes, PM me.

André Previn is an incredible musician. I can't think of any other musician who was successful in jazz, pop and classical. His early albums with Leroy Vinnegar and Shelly Manne are well worth a listen. 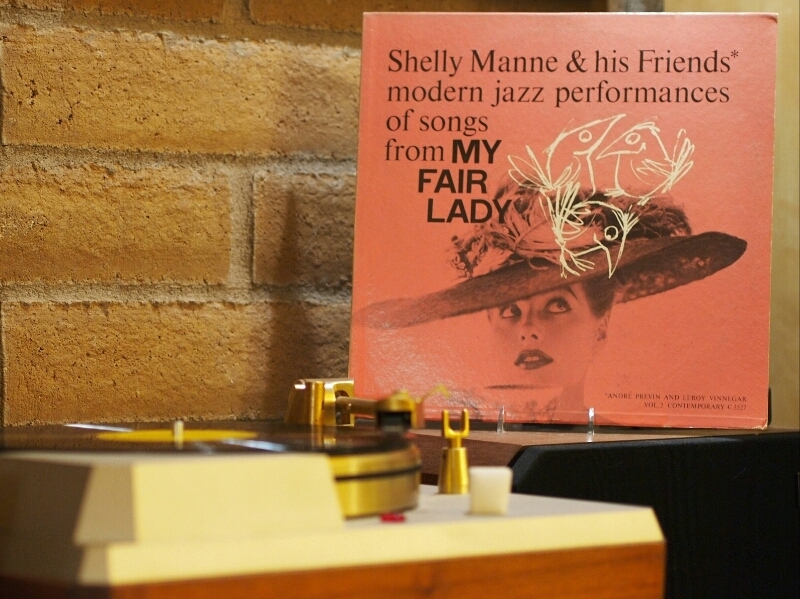 Gershwin maybe, or Nigel Kennedy, or Keith Jarrett or at a stretch?

I have seen Nigel Kennedy in all three contexts.

When I first got my Sonos there was an initial splurge of resumed CD purchases, due to the liberation from hunting through cd shelves, and the nagging about not putting things away again. :D

I made a bit of a pig of myself in the first year, and got too many new albums to engage with properly. ... Since then I have disciplined myself to start listening to new albums at a more measured pace.

It is good to hear that things continue to be good right through to CD 9.

It is a good box. Has 17 complete original albums across the 10 cds. All in the original track sequence, and without alternate take fillers being merged throughout the album. No booklet though.
http://www.amazon.co.uk/Jazz-Recordings-CD10-Andre-Previn/dp/B006ZVI06E/ref=sr_1_1?ie=UTF8&qid=1442721892&sr=8-1&keywords=previn+the+jazz+recordings
Want to obtain and use your Sonos play counts? ... If yes, PM me.
K
Shelly Manne is also very good. My Fair Lady is good, but I prefer his Black Hawk live albums for some very classy jazz. If I remember right, Monk was to perform with him there, but they did not gel well together, so Monk did his Blackhawk session with a different crew and that turned out very well. But Live at It club and Monk in Tokyo are better engineered live recordings.

The only other Andre Previn I have is After Hours. Trio with Ray Brown and Joe Pass and with that caliber of musicians it isn't a surprise how good that session was.

I haven't mentioned Ellington and Brubeck only because I did not think they would be news to anyone that likes Jazz!

Recent discoveries in the realm of great horn blowers that perhaps aren't known as widely as they deserve to be:
1. Scott Hamilton
2. Houston Person - his albums with Ron Carter in particular, are sublime.
3. Warren Vache
4. Early years Stanley Turrentine.

Very little mediocrity in any of their output.

Speaking of Previn, here's a seemingly odd pairing that actually produced a pretty decent jazz date. Both were such pros, they were able to complete the entire album in a day, mostly single takes. They had never played together previously.

My old OmniFi DMS-1 streamer, with the OpenFi firmware, seems so antiquated now compared to the Sonos! 😉 Got the job done, though. 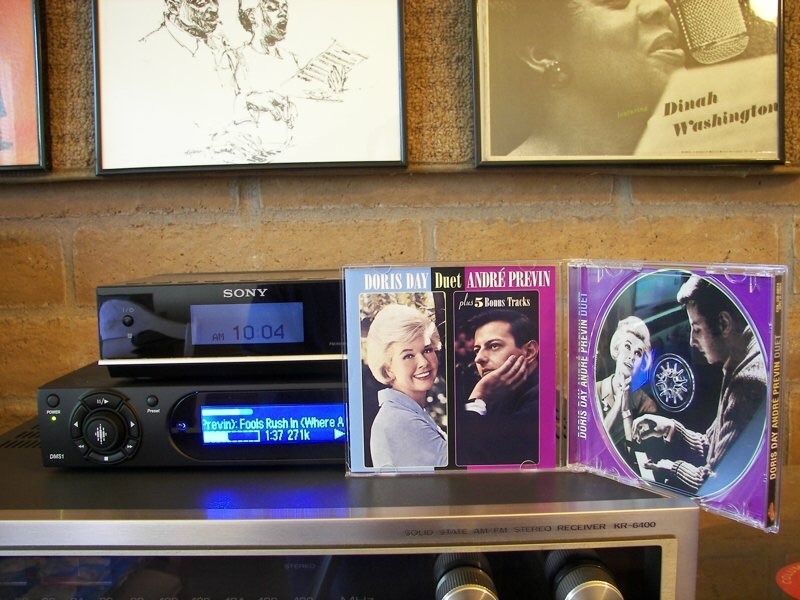 Jacob Collier, a 20-year old Brit with a lot of YouTube views, with good reason.

http://youtu.be/K28H04Y2IdE
K
For some excellent duets between tenor sax and double bass, nothing better than the albums of Houston Person and Ron Carter. Both are acknowledged masters of their instrument, but their duets are of recent vintage, so the albums are also very well recorded. There are four I know of, and each one is highly recommended.

Dialogues; Just between Friends; Now's the Time; Something in Common.

While not essential, speakers that can go deep enough to deliver the entire dB from the double bass recording add to the pleasure. Perfect late night music.

PS: I realised that I am repeating a recommendation. The music is worthy of that though.

Mark Murphy was a mentor to many of today's Jazz singers; a singer's singer, better known among musicians than the general jazz community. He passed on the other day; I was in touch with a singer he mentored, who said the past few years were very difficult. Been playing his albums all day; an adventurous singer. K
Very accomplished singer, on looking further I discovered his album The Latin Porter, that I bought. And in looking up his music I also discovered another good singer - Kurt Elling.

Yep, Kurt is one of today's best jazz singers, IMO.

Never heard of Kurt before. Interesting stuff. Very reminiscent of Johnny Hartman.
K
I like my Hartman and Coltrane CD, but I found that he sounds the same on his other CDs, so I haven't more than just that one - admittedly very good - CD.
K
Ken Peplowski - another recent and excellent discovery. Straight ahead blowing sessions and a good introduction to him is his double album: When you wish upon a star.

Each song is played twice, clarinet and tenor sax and the Japanese recording is of the usual high standard. More great late night music.

On to the ever dependable Ron Carter, I recently found and liked his album " When skies are grey". With much of it having a bossa flavour, the music is far from grey.

Mose Allison has a unique style of playing, singing and songwriting. Great interpreter, too, especially his versions of Willie Dixon and Bukka White songs. 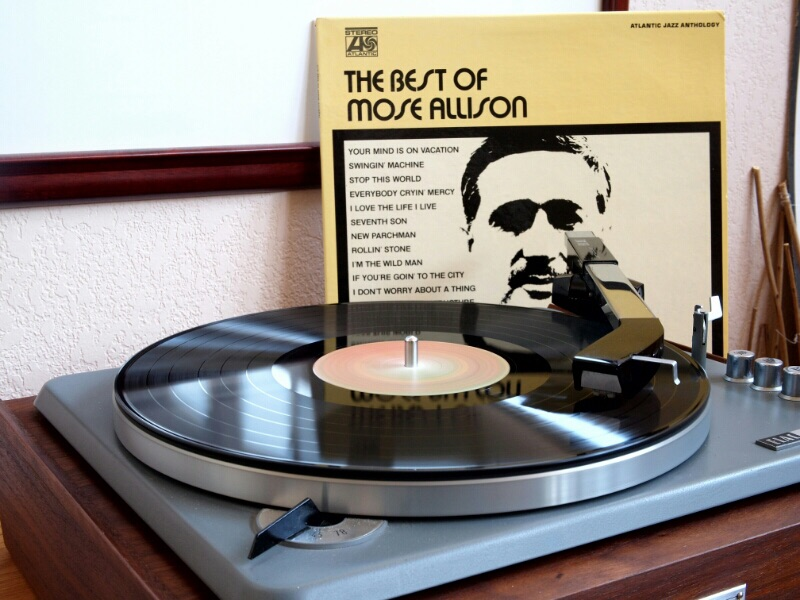 K
Yes, I discovered him recently as well and picked up a good recent album - Gimcracks and Gewgaws.
S
I like classical music. I think, classical music is deeper, it means that people who prefer it to less-deep forms of music are more musically sophisticated.
K
I could just as easily say that people that like classical music like a regimented life decided by someone that lived decades or even hundreds of years ago, compared to jazz lovers that are a lot more open to new ideas.

And I would be completely wrong in saying so.

When does "new" start and end? Anthropomorphically speaking, most "new" jazz ideas are approaching retirement age aren't they? 😃
Want to obtain and use your Sonos play counts? ... If yes, PM me.

French pop singer Zaz turned to producer Quincy Jones to produce a great album of classic songs with her unique style and a big band backing. Here she is in a duet with the young Canadian jazz singer Nikki Yanofsky on Cole Porter's "I Love Paris".

Now THAT is some sweet music right there! Just brought a new PC online... gonna christen it with some new music!
K
Two new to me singers, both putting out very good efforts:
1. Gregory Porter: Be Good, and Liquid Spirit
2. Cecile McLorin Salvant: Woman Child, and For One To Love.

Both making good use of modern high quality recording technology.
K
A couple of recent finds that are excellent meetings of equals unlike the usual backing musicians for a singer.

Rossano Sportiello on piano with Nicki Parrott singing and on double bass:
People Will Say We Are In Love, and It's A Good Day.

Also, Jim Tomlinson on the sax with some tracks having Stacey Kent vocals on the album Brazilian Sketches. With both equally present on another good album, The Lyric. Both these albums have a strong Bossa Nova flavour to them, the first one particularly so, as the name would suggest. While Kent's Let Yourself Go; Celebrating The Music of Fred Astaire is just as good with songs associated with Astaire.
K
Bill Charlap leads what is named New York Trio in Japan probably for licensing reasons, has put forth some excellent, if not very edgy jazz. A bunch of CDs out there, and I have Blues in the Midnight playing just now. Tight high energy piano trio, with a driving rhythm section as heard on "I could have danced all night".
R
Userlevel 5

+7
Had a look at my most played tracks on Google Music and picked out these select few:
3 artists, 6 tracks, and my guess is none may be familiar to anyone around here...