To homepage To homepage
K
I am not sure there is a thread on what Sonos is truly about - the music, so this might be an interesting thread. I have left out classical because that deserves a thread of its own and modern pop because it all sounds the same to me.
I have Phil Keaggy strumming Solitude from his Acoustic Sketches album right now in the bedroom on a play 1 pair and sounding very good indeed.
Recently heard and equally good music and mastering:
1. Michel Petrucciani and NHOP
2. Beyond the Missouri Sky - Metheny and Haden
3. Chiaroscuro - Fresu and Towner
4. Jan Johannsen - Jazz pa Svenska
5. The Astounding Eyes of Rita - Anouar Brahem
6. Last Dance/Jasmine - Jarrett and Haden
7. Saturday Morning - Ahmad Jamal
8. Melos - Paolo Fresu
All but the last are ITunes 256kbps purchases, the last a lossless CD rip.
Very little lost in translation for the lossy thing and Sonos convenience.
Any recommendations on similar music that uses the silence between the notes effectively?
Show first post Hide first post
This topic has been closed for further comments. You can use the search bar to find a similar topic, or create a new one by clicking Create Topic at the top of the page.
Page 7 / 14
K
A recent not so new discovery that still sounds fresh - jazz with a groove but not so that is too smooth:
Grover Washington - A Secret Place/Come Morning/Winelight.
K

You might want to check out a used 99 pre if/when you can find one; more for its additional features than anything else. I know that from my audiophile decade of wild extravagances, the 99/909 buy was the wisest one by far. I let it go reluctantly only because I did not need those features any more and the cost of sending that heavy kit to Quad UK for service, the only place I would entrust with those components, was also too high along with the customs duty hassles when getting repaired/serviced kit back into India. But I remember being shocked to have the same person from Quad UK service answering my emails in 2014, as had done so in 2003. Not at all common these days, but very nice to see. Rob Flain, if memory serves.
K
For a taste of Jamaican Jazz with a groove - or Jazz cum Reggae - a great album is Below the Bass line - Ernest Ranglin.
B
Yes - I'm aware that the 66 was, in some people's eyes, not Quad's best - but sounds good to me. Rob is still there, of course. I may see him next week as the 909 needs a service; I'll ask if he recalls your heavy parcels from exotic places.

Allen Toussaint now playing - took a little while searching with the CR100 scroll wheel (grrr). If you're less keen on avante garde / post modern jazz then I guess Phronesis may not be for you - Yes / no again?
C
Userlevel 2
For more 'ambient jazz' I suggest Andreas Dreier Trio: Poinciana.
K
I like Porter's Be Good the most, from all his work. As to post modern jazz, I don't much care for even Ornette Coleman's post modern musings/slashings from the mid sixties, so Phronesis may be too much! I will give it a whirl though, very easy to do that these days.

The 99 pre is only worth considering for its additional features like more inputs with variable input sensitivities along with the phono stage usable for both MM and MC with a selection toggle depending on what cartridge was in use. As far as sound goes, it just hews to the classic Quad thinking of being transparent, no more.
K
Nice one, thanks - a lot more to it than just ambient. Ahmad Jamal "owns" Poinciana, but the version here is a good fresh take on it.
B
The Phronesis album to try is Alive. This small combo is captivating live.

I hang on to the 66 pre as it has stacks of analogue inputs and 2 tape loops (ideal for the connect when the Mojo is off).
K

Listened to a few times by now, it sounds very good indeed - the rest of the tracks are also quite good if the entire CD is to be bought.
And an old classic which still sounds fresh - Jazz Samba/Stan Getz and Charlie Byrd.
K
I found the album on Amazon,thanks; it brought to mind the many Euro Jazz albums I listen to when in a reflective mood, like Marcin Wasilewksi/Tord Gustavsen/Andreas Dreier. But it does not work so well for me when I am in the mood to listen to the "It don't mean a thing if it ain't got that swing" styles of music.

Or like what's on just now - Buddy Guy rocking on Damn Right I Got The Blues. Or Magic Slim strutting his magic:-).
D

The Art of Conversation by Kenny Barron and Dave Holland.

For those that like Snarky Puppy, can I put in a recommendation for Jaga Jazzist.

I’m all for the Michael Bubles and Diana Kralls. They introduce millions of folks to the great songs and lyrics of Johnny Mercer, the Gershwins, Cole Porter, et al. A portion of their fans will go on to discover the jazz greats.

Found that gem in a used CD shop over Christmas. Guess the previous owner isn't a fan of the piano/bass concept. I love the lively 'conversation,' and the album cover is stunning, also... few different covers depending on how you look at it.

Been playing Harry James' The Mellow Horn... Heard 'It's Been A Long, Long Time' in Captain America: The Winter Soldier. Such great old school trumpet/orchestra work.
K
I plead guilty to the Diana Krall route:-) And some tracks from her Live in Paris DVD from 2000 still are a good watch with Jeff Hamilton and John Clayton very much present as well. Visually and audibly.
K

Other excellent albums of this type are Night and the City/Barron and Haden, and Jim Hall - Charlie Haden, by the same name. Alone Together/Ron Carter and Jim Hall is also very good.

I really like Tabula Rasa - thanks. I wasn't expecting the banjo!

This reminded me to listen to an old favourite "Vision" by Shankar, Garbarek and Mikkelborg. The track "Psychic Elephant" is a particular joy.

Cheers, Peter.
K
Good find; many familiar names, and O'Day scatting with the drummer is a highlight that won't come across half as well minus the video of it.
The mood of a summer dripping with nostalgia, even from its many objects, is captured very well too. Is that the music was suited to that age, which is why it isn't as popular now?

Now I read about Bela Fleck, my comment about the banjo seems a bit silly 🙂 In any event, the combination of Indian-style music and banjo was unexpected but enjoyable. I am not overly fond of the violin here - although the mentioned track is very good. I prefer Garbarek on the Song for Everyone album that is east west fusion as well.
A few good recent finds:
Get me Joe Beck - Joe Beck led guitar/bass/drum trio jazz standards live set and also well recorded.
And two with the ever reliable Eric Clapton in a duo setting. Riding with the King, with B B King. And The Road to Escondido with JJ Cale. 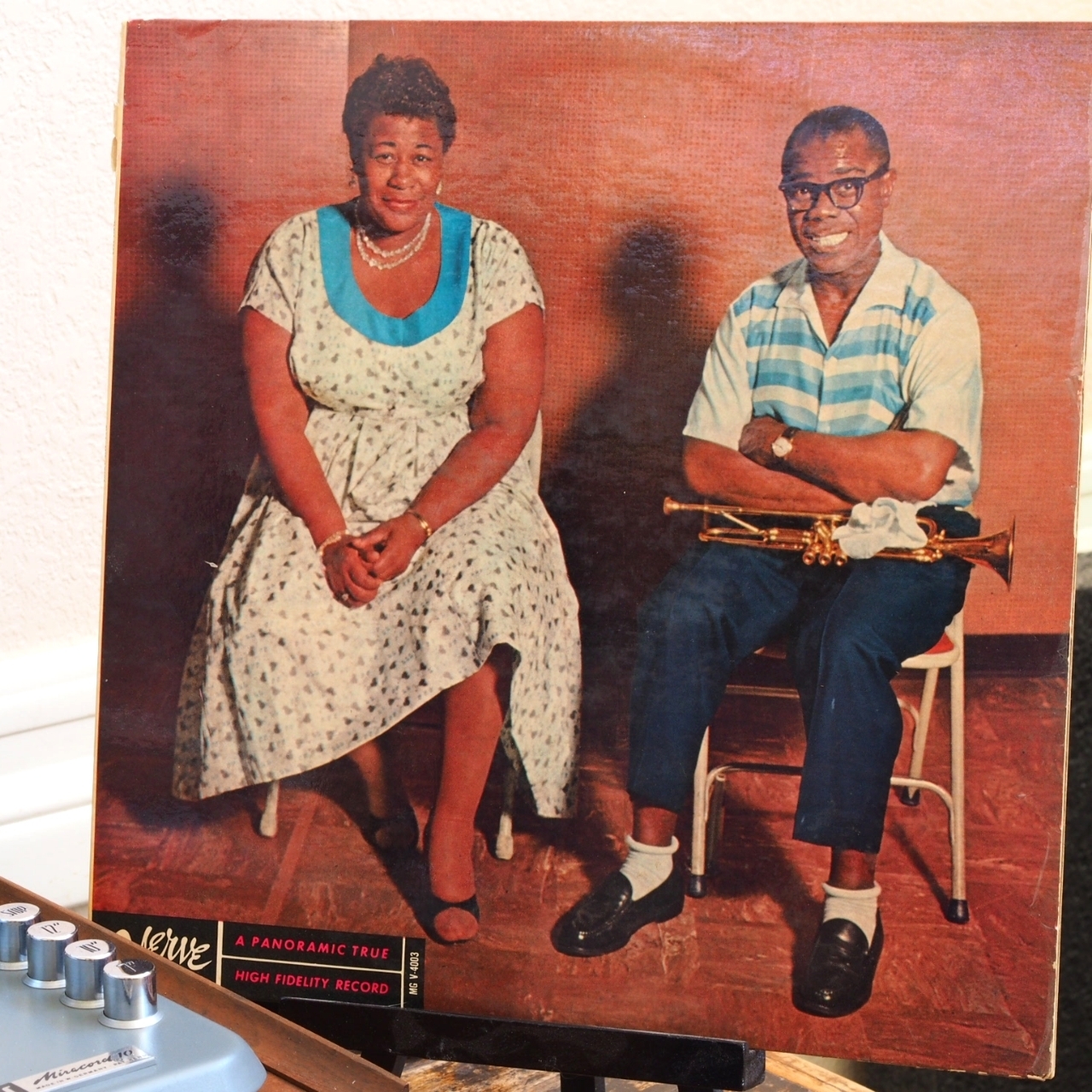 Great suggestion - thanks. A most interesting band, and one that will take a while to explore. For the moment, I really enjoyed their "Live with Britten Sinfonia". It is rare to hear such fresh and different music. 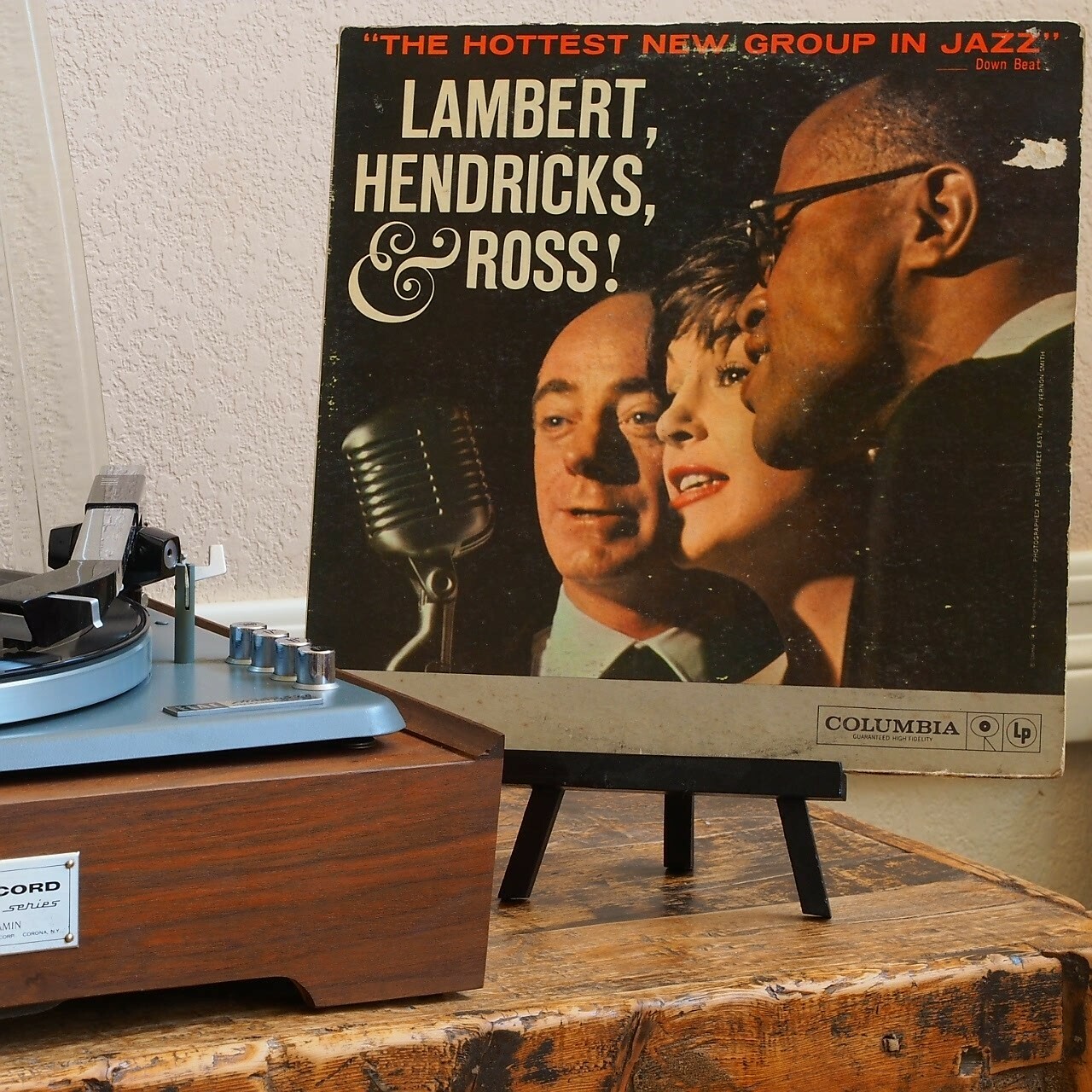 What a wonderful voyage of discovery this is. I'd forgotten about Song for Everyone (including the fabulous Trilok Gurtu). I must have the record but not the CD. Deezer to the rescue!

In looking for the CD under "S", I rediscovered John Scofield's "Hand Jive". A happy and energetic album. Available on Deezer and GPMAA.
K
At the age of 65, Sting still has his mojo - as seen in an equal partnership with Shaggy on their recent album: 44/876. Listen to the track Sad Trombone for starters, but there are no fillers in the 16 track reggae album. Solid music making, and highly recommended.
Page 7 / 14