To homepage To homepage
K
I am not sure there is a thread on what Sonos is truly about - the music, so this might be an interesting thread. I have left out classical because that deserves a thread of its own and modern pop because it all sounds the same to me.
I have Phil Keaggy strumming Solitude from his Acoustic Sketches album right now in the bedroom on a play 1 pair and sounding very good indeed.
Recently heard and equally good music and mastering:
1. Michel Petrucciani and NHOP
2. Beyond the Missouri Sky - Metheny and Haden
3. Chiaroscuro - Fresu and Towner
4. Jan Johannsen - Jazz pa Svenska
5. The Astounding Eyes of Rita - Anouar Brahem
6. Last Dance/Jasmine - Jarrett and Haden
7. Saturday Morning - Ahmad Jamal
8. Melos - Paolo Fresu
All but the last are ITunes 256kbps purchases, the last a lossless CD rip.
Very little lost in translation for the lossy thing and Sonos convenience.
Any recommendations on similar music that uses the silence between the notes effectively?
Show first post Hide first post
This topic has been closed for further comments. You can use the search bar to find a similar topic, or create a new one by clicking Create Topic at the top of the page.
Page 7 / 14
K
She sings on one of my go to tracks for checking out Sub performance and mid range clarity at the same time - 'Round Midnight, on the album of the same name. Most of the other songs on that one are also very strong late night numbers, but 'Round Midnight is brilliantly sung with very little instrumentation other than the bass.

K
I had thought that I had heard most of jazz from the 1950s, until getting Apple Music working properly via Sonos last month.

Not true, there is probably more to hear from that time than what I have heard in the last fifteen years or so.

Likewise, I thought I had heard most of Benny Golson. Not true as well, and a couple of gems unearthed today are two albums - Free and Turning Point. Free has Golson with Ron Carter, Art Taylor and Tommy Flanagan, while TP has Wynton Kelly, Paul Chambers and Jimmy Cobb. Both albums fully meet expectations that arise on reading those names on the album rosters.

Highly recommended, and the music sounds as fresh as yesterday!

With thanks to Sonos and Apple:-).

Tony's other new release (Sept 2015). Amazing how relevant he still is, both in Jazz and Pop. Like a fine wine that has aged so very well. 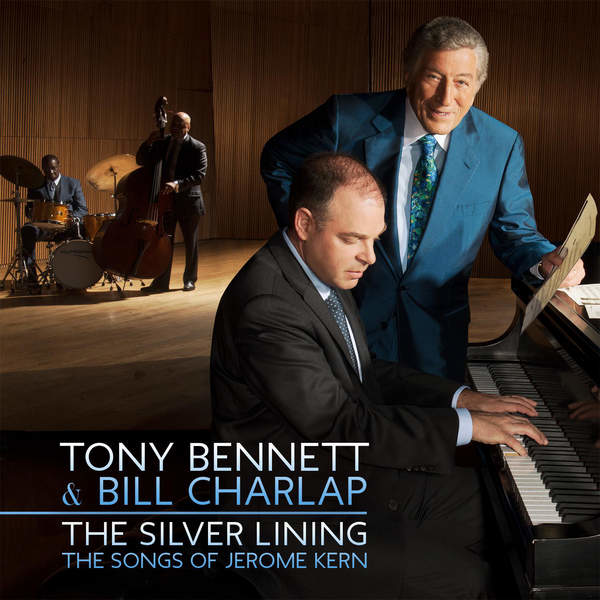 K
Tony is a phenomenon.

A funny quote from a review of this effort:

"There’s a track on Tony Bennett’s new album, “The Silver Lining: The Songs of Jerome Kern,” that suggests a return to form: “I Won’t Dance,” which recently served as a his-and-hers set piece in his marquee collaboration with Lady Gaga.

This new version of the tune, arranged as a springlike waltz, features Mr. Bennett alone on vocals, with a sparkling piano trio. He sounds crisp but at ease, maybe a touch relieved — like someone given the chance, at last, to trade klieg lights for candle-glow." K
Recent recommended jazz finds, for late night but not soporific listening. New artistes and/or new recordings so the music sound both fresh and clear:
1. Barbara Carroll - any album of hers is close to, if not excellent. Tight trios with the Carroll voice in support and vice versa, on her Live at the Carlyle.
2. Marian McPartland - as good as ever, soloing on The Single Petal of A Rose. A tribute to Ellington.
3. Another great modern trio, the Jeff Hamilton Trio, The Best Things Happen.
4. The Claude Williamson Trio, Autumn in New York.
5. The little known tenor saxman, Bob Kindred on Blue Moon. Gentle Giant of the Tenor Sax is also excellent.
6. Nicki Parrott is a great double bass player. She also sings:-) - The Last Time I Saw Paris.

I am tempted to also buy these on iTunes, just in case. I am resisting for now, I expect Apple Music to be a long term provider of this and so much other excellent music.

Only a few of Marian's "Piano Jazz" shows on Apple Music, but some good ones, including Bill Evans and Dave Brubreck. I used to tune in nearly every week back in the day. She had played with just about everyone in Jazz, so always had interesting reminiscences. Never interviews, always like listening in on a conversation between friends.
K
Yes, they are excellent - the Bill Evans isn't to be found there though, wherever I have looked.

Interesting, it's the second album in the list after searching her name here. Licensing issue, probably.
K
In the search via Sonos here, the second one is the Steely Dan one, and there are 6-7 others. No Evans, though his other albums are available. Pity, that must be an interesting one.

What is for sale on iTunes here matches Apple Music - as expected both must have similar licensing deals, but more is available on iTunes. For example all ECM albums are for sale there, but I don't see any on Apple Music.

Yeah, Scott Yanow's review on Allmusic.com has it as the best of the Piano Jazz series. I listened again today. Evans was a tragic figure, who could be difficult, but Marian brings him out brilliantly.

It's on NPR (if you can get to it from India), but you'll need Airplay or the like to hear it via your Sonos. NPR doesn''t even support Chromecast, sadly.

Joey Alexander, LIVE at Lincoln Center. Could not get it to Chromecast into my Connect, grrrrr. Had to break out the Sonos Dock with the Lario adapter and route the sound from the iPad via airplay. Out of sync with the video, but this kid is amazing! Up past his bedtime. 😉
K
Yes, he is a prodigy.
Another in an area where I read it is rarer to find one is Francesco Cafiso, now grown up, with the tenor sax; I read somewhere that piano prodigies are like teenage tennis players to a large extent, more hard work than pure talent, probably driven by parents. I understand Cafiso could hold his own with the sax in a jazz environment at the age of 10. Some excellent albums from him on the Venus label.
I recently also discovered some very good Italian jazz piano trios - they are able to obtain very interesting piano voices. Leaders such as Renato Sellani, Danilo Rea, Enrico Pieranunzi. Any of their albums are at least good, many are excellent.
On this subject I don't see anything of any recorded performance attributed to the instruments used, for example which piano, or which double bass? Is it that it doesn't greatly matter? Or is it that audiophiles are the only ones that obsess about their kit?

60 minutes profiled Joey last Sunday. His parents noticed his talent early on, and got him a piano tutor. Unfortunately, the tutor tried to push classical music, with all its rote learning and discipline on him. Nothin' doin', Joey is a free spirit, who plays what he feels.

Very different thing than a prodigy, I think. He should have a bright future. He played a couple of his own compositions last night. The interaction between him and the drummer was especially tight. Every. Beat. Exactly. On. Time. Fun to watch.

Nina was unique, classically trained pianist, some of her stuff was very angry, but one hell of a singer and pianist. Her version of "I loves you Porgy" may be definitive.

Haven't heard of the others, will check them out, thanks!
K
Nina remains a favourite; I first sat up and took notice when I heard Lilac Wine. Subsequently, Mississippi Goddam! and others too. I found the piano album only recently, it really allows her voice to come forth in all its splendour.

http://livestream.com/watch/browse/music/live
K
Ken is reliably good. Venus has his "When you wish upon a Star" in two versions. Clarinet and tenor sax, almost the same song list in the same order. Both albums are excellent listening.
K
Jim Tomlinson/Brazilian Sketches: reflective music with tasteful tenor sax blowing by Tomlinson, worth more than just a casual listen. He is more often cast in a role of having to provide music for his wife's (Stacey Kent) albums, but he is a noteworthy music maker on his own too.

Pretty much anything by Jaimee Paul has me addicted these days. Also has a fantastic album called After The Ball, featuring Beegie Adair on piano.