To homepage To homepage
K
I am not sure there is a thread on what Sonos is truly about - the music, so this might be an interesting thread. I have left out classical because that deserves a thread of its own and modern pop because it all sounds the same to me.
I have Phil Keaggy strumming Solitude from his Acoustic Sketches album right now in the bedroom on a play 1 pair and sounding very good indeed.
Recently heard and equally good music and mastering:
1. Michel Petrucciani and NHOP
2. Beyond the Missouri Sky - Metheny and Haden
3. Chiaroscuro - Fresu and Towner
4. Jan Johannsen - Jazz pa Svenska
5. The Astounding Eyes of Rita - Anouar Brahem
6. Last Dance/Jasmine - Jarrett and Haden
7. Saturday Morning - Ahmad Jamal
8. Melos - Paolo Fresu
All but the last are ITunes 256kbps purchases, the last a lossless CD rip.
Very little lost in translation for the lossy thing and Sonos convenience.
Any recommendations on similar music that uses the silence between the notes effectively?
Show first post Hide first post
This topic has been closed for further comments. You can use the search bar to find a similar topic, or create a new one by clicking Create Topic at the top of the page.
Page 3 / 14

The king of Tango. 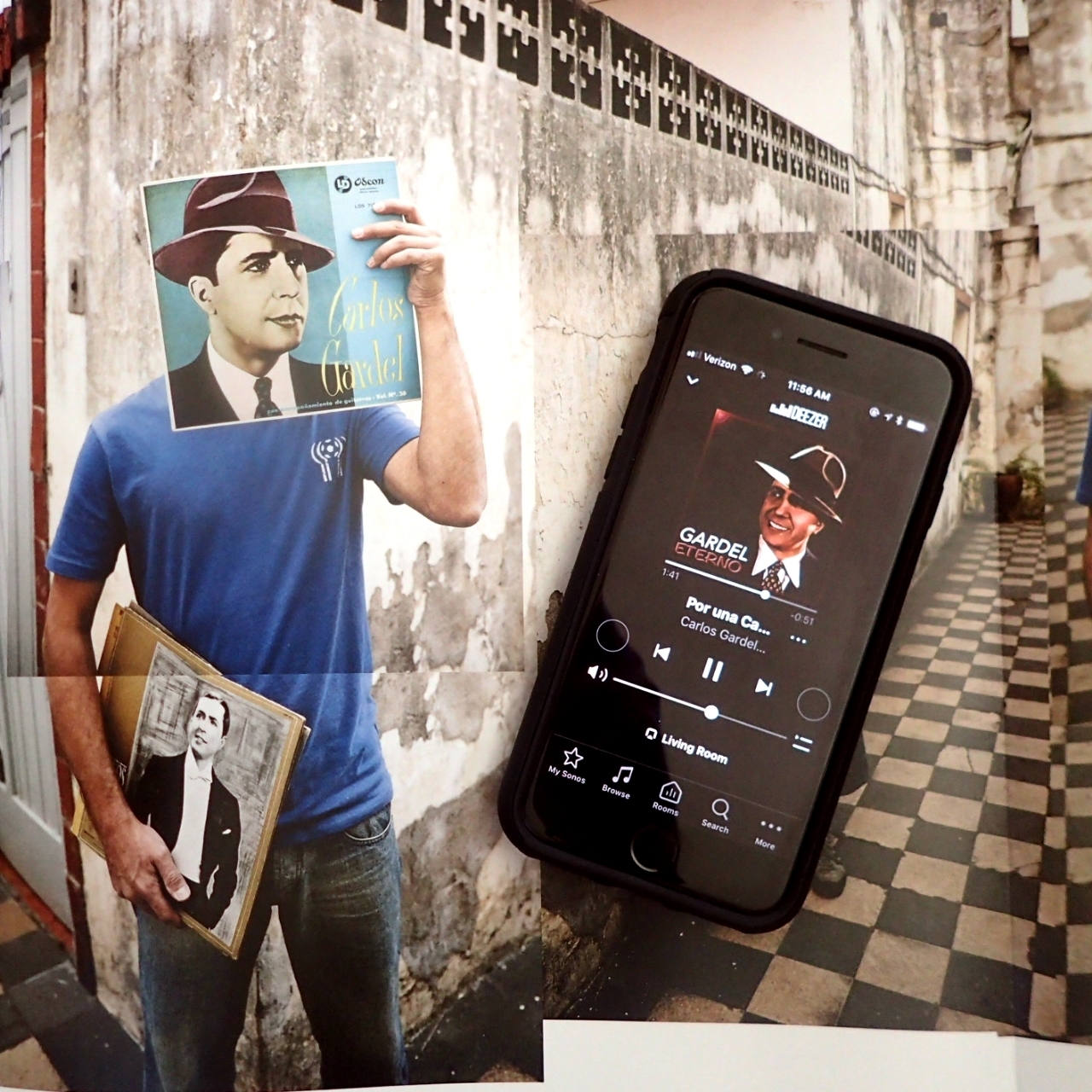 Fado was defined by Amália Rodriguez. Perhaps the best of today's Fadistas is Cristina Branco. She sticks to the traditions of this great art form, instead of trying to make it on one of the dreadful Europop contests, as other Fadistas have done in recent years. 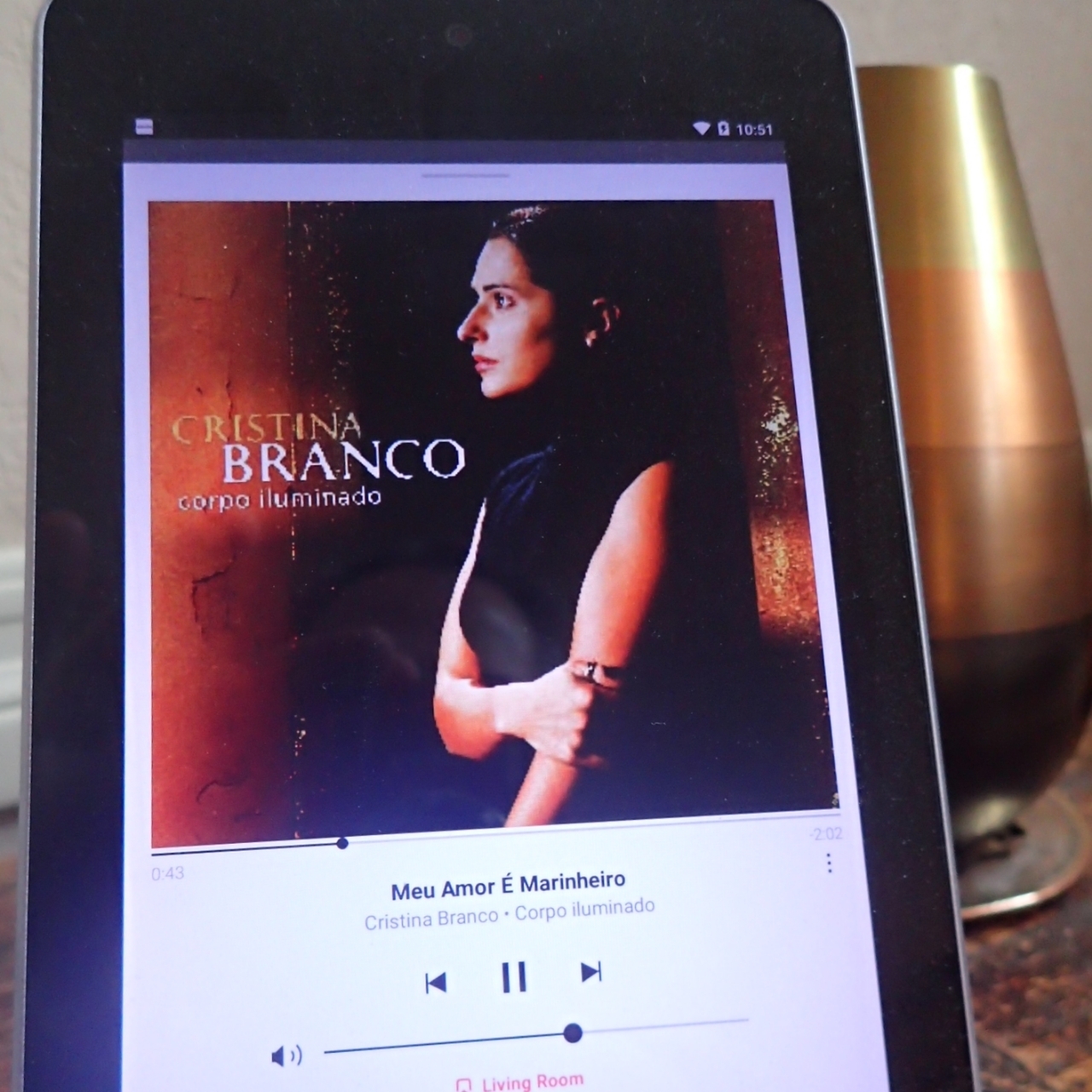 K
In my recent blues music trawl, I came across the digital remaster of what reportedly is the only performance together of two greats - Louis Armstrong and Duke Ellington.
The remaster brings the sound quality right up to date, without suffering the over production present in the last of the Armstrong albums. Sublime music. Armstrong has never been in better voice and Ellington is solid in support as is the rest of the band. Does anyone know who else is on the horns?

Veronica Swift is a gifted young jazz vocalist, 2nd place winner of the Thelonious Monk competition a couple of years ago. No CDs yet, but rough mixes of her upcoming release are on SoundCloud, search for Unlimited Myles. 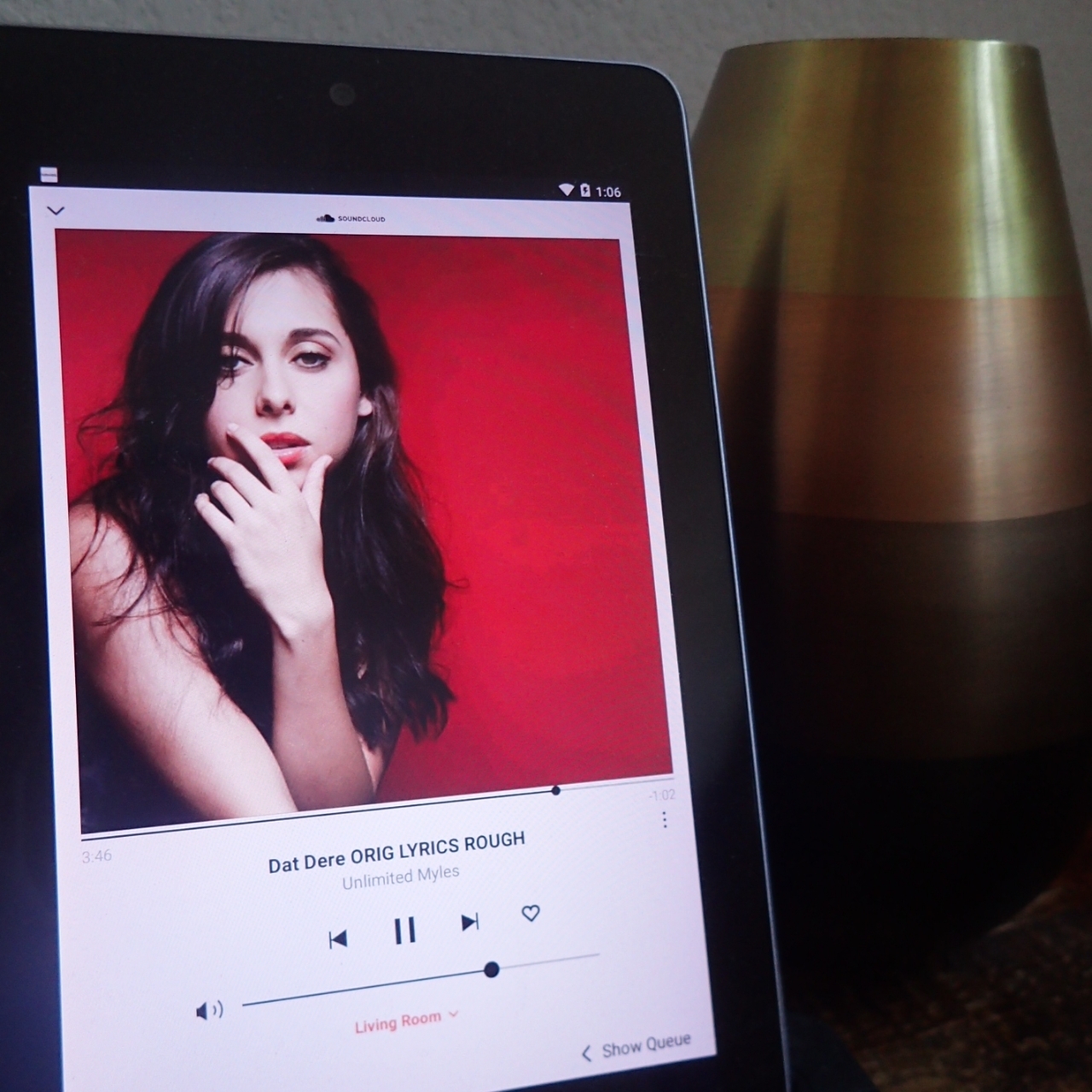 K
In the meantime, from an Amazon review:
"The Small Change vocals are the Maginot Line for me. Any raspier and I can't listen. If I were stranded on a desert island and I could take only one Waits album, it would be Small Change. If I could take two, it would be Small Change and Heart of Saturday Night. If I could take three, I would pass and take an extra pair of underwear."
Also read this:
"Waits has a distinctive voice, described by critic Daniel Durchholz as sounding as though "it was soaked in a vat of bourbon, left hanging in the smokehouse for a few months, and then taken outside and run over with a car".
LOL.
K
Thank you, I shall certainly check it out; I discovered him via The Wire - Way down in the hole is a classic.

Some of Tom Waits, if you can handle his whiskey-soaked voice, lol. This album is essentially jazz; Waits is backed by a jazz trio including the great Shelly Manne. 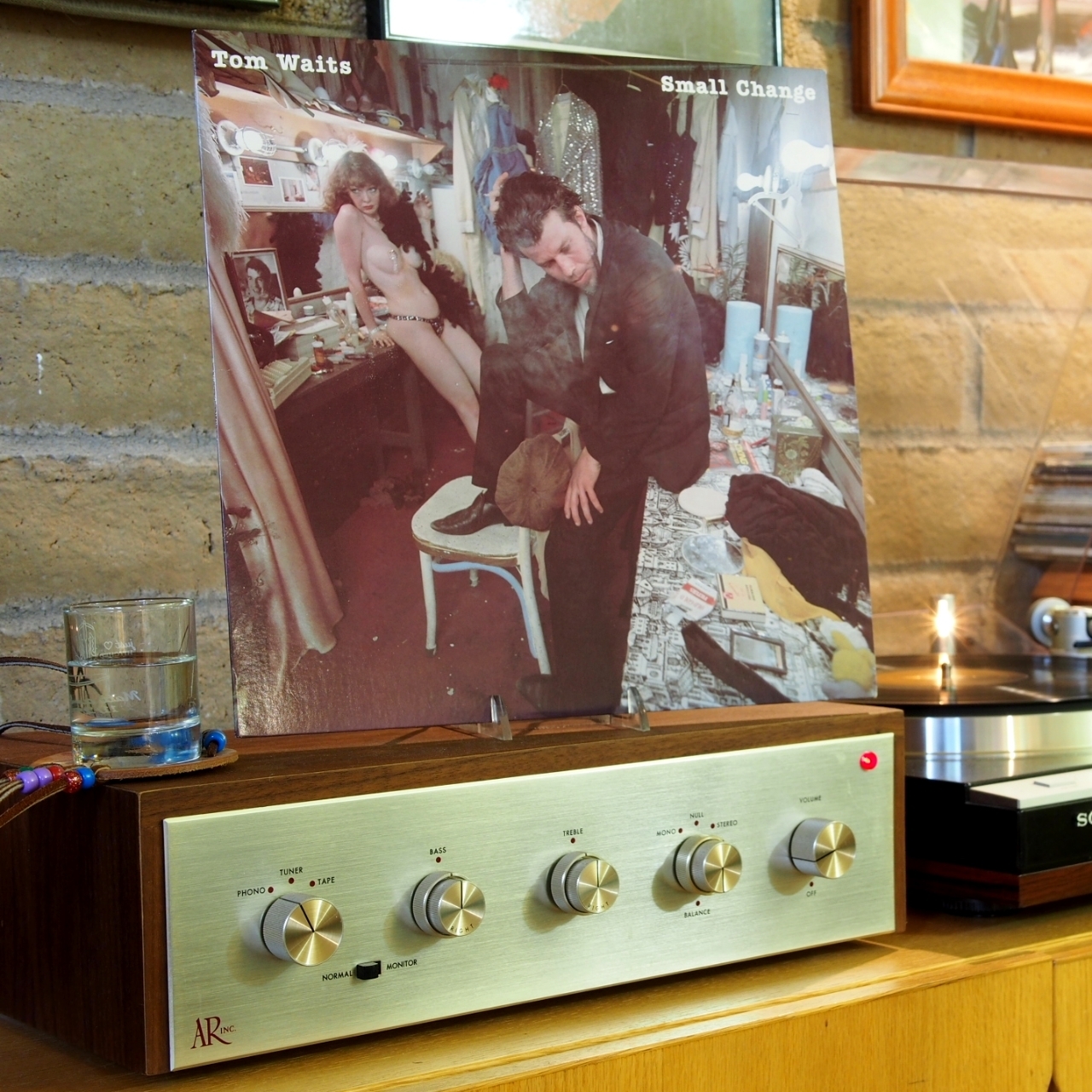 Been addicted to Ernie Watts' Classic Moods. Such a fantastic sax and piano album.
K
Allen Toussaint, a recent discovery. His version of St James Infirmary from his album The Bright Mississippi is a good way to start the listening, but there are no duds on the entire album. Highly recommended.
K
A third release already? I must search it out. Monk isn't easy to interpret well.
PS: Glorious. My first purchase on iTunes this year, some albums merit more than just being available for streaming when necessary.
Where does he go from here, given that he is just 14?!

This kid never ceases to amaze. 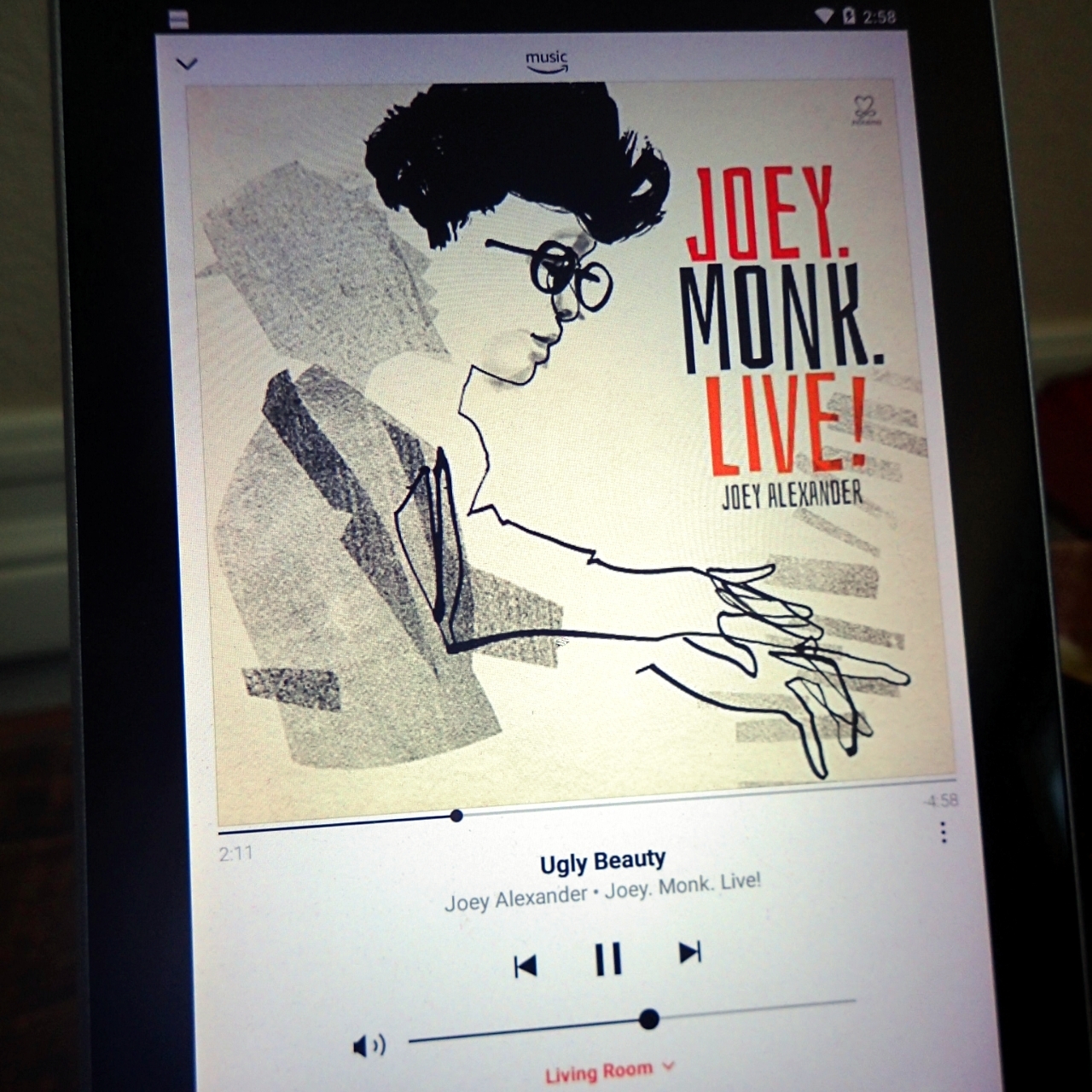 K
Kenny G I can only abide in elevators of buildings that aren't too tall.

As to JJ it took me a while to discover his work and thus how good trombone can be in the jazz idiom. There are some good John Allred albums as well - a good introduction is In the Beginning.

Clifford Brown, a huge talent sadly cut down in his prime. 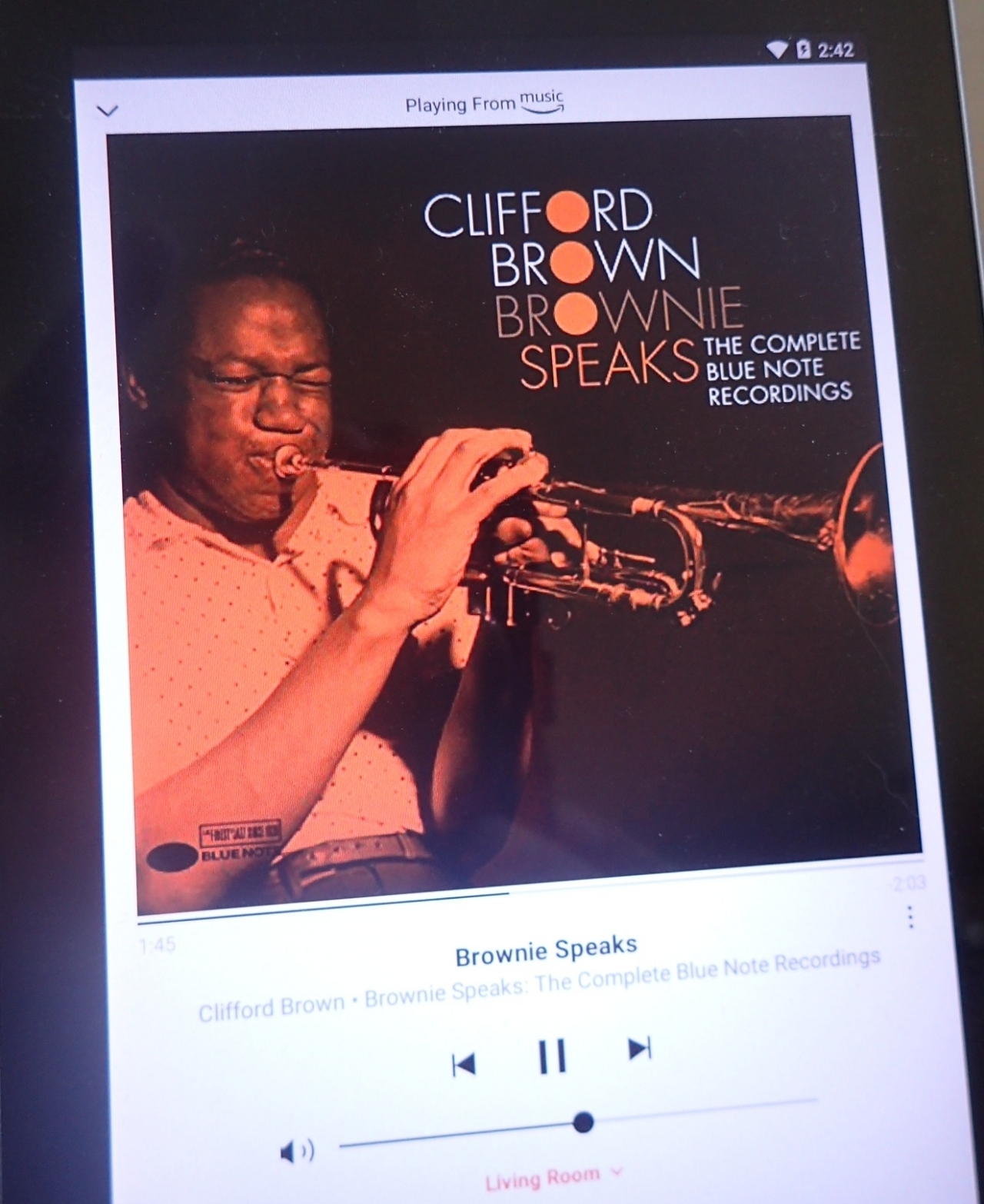 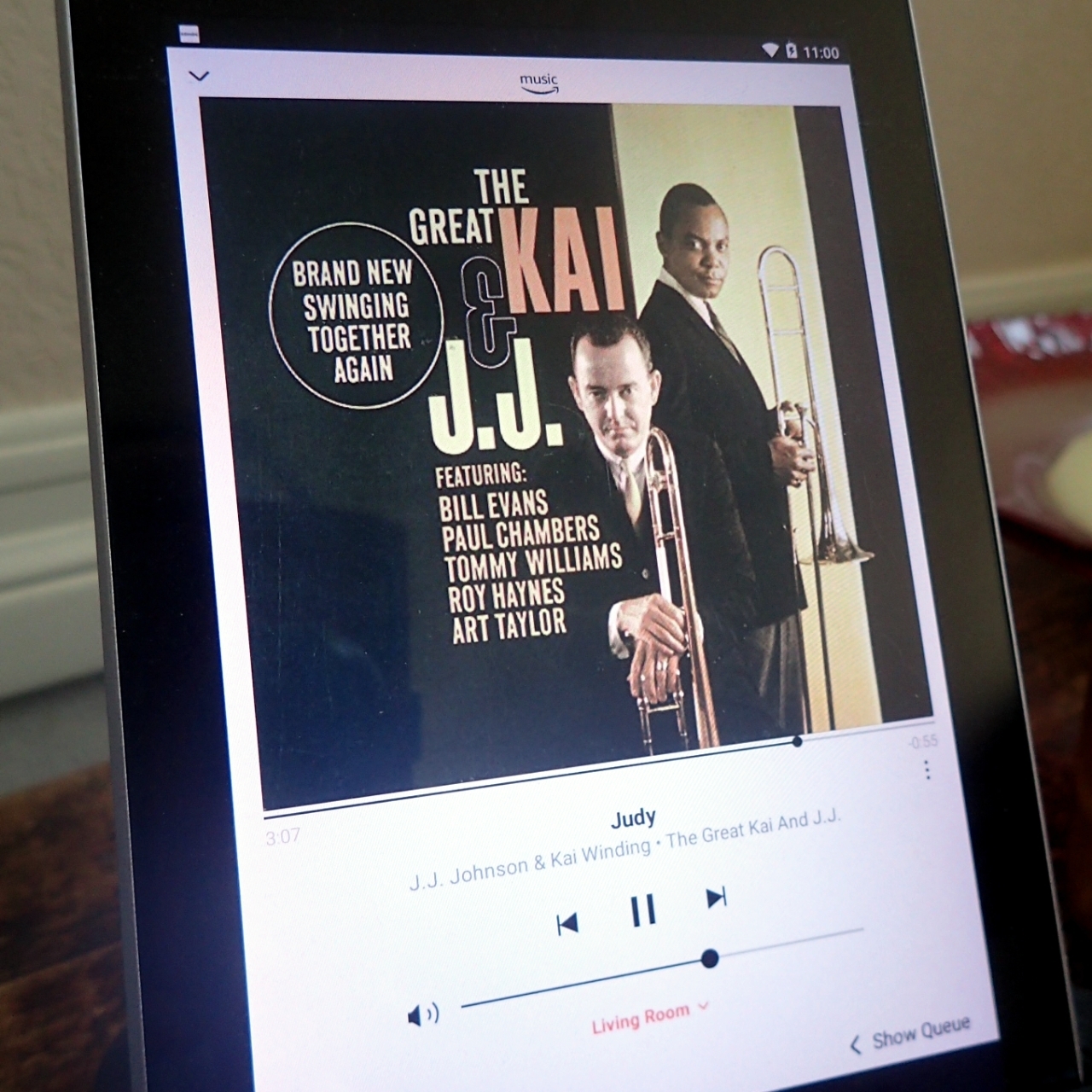 K
There is so much from Oscar Peterson, that it isn't easy to pick his best. My personal preferences include his We Get Requests album, and the 4-5 albums recorded at a residence in Germany, all titled Exclusively For My Friends, with sub titles and volume numbers distinguishing each album in the set.

For a different time/mood, Joe Bonamassa, with Different Shades of Blue as an excellent introduction to his work.
J
Userlevel 1

+1
Yes Chicks - Know it well - a classic. Still have it on cd (stored in a box in the attic ! ) I tried - but voice command failed to wake it up.! 😠 I blame Sonos. They should have anticipated this surely!!

Anything else from anyone?

Not new, but an old favorite, a true classic, conjured up by voice command! 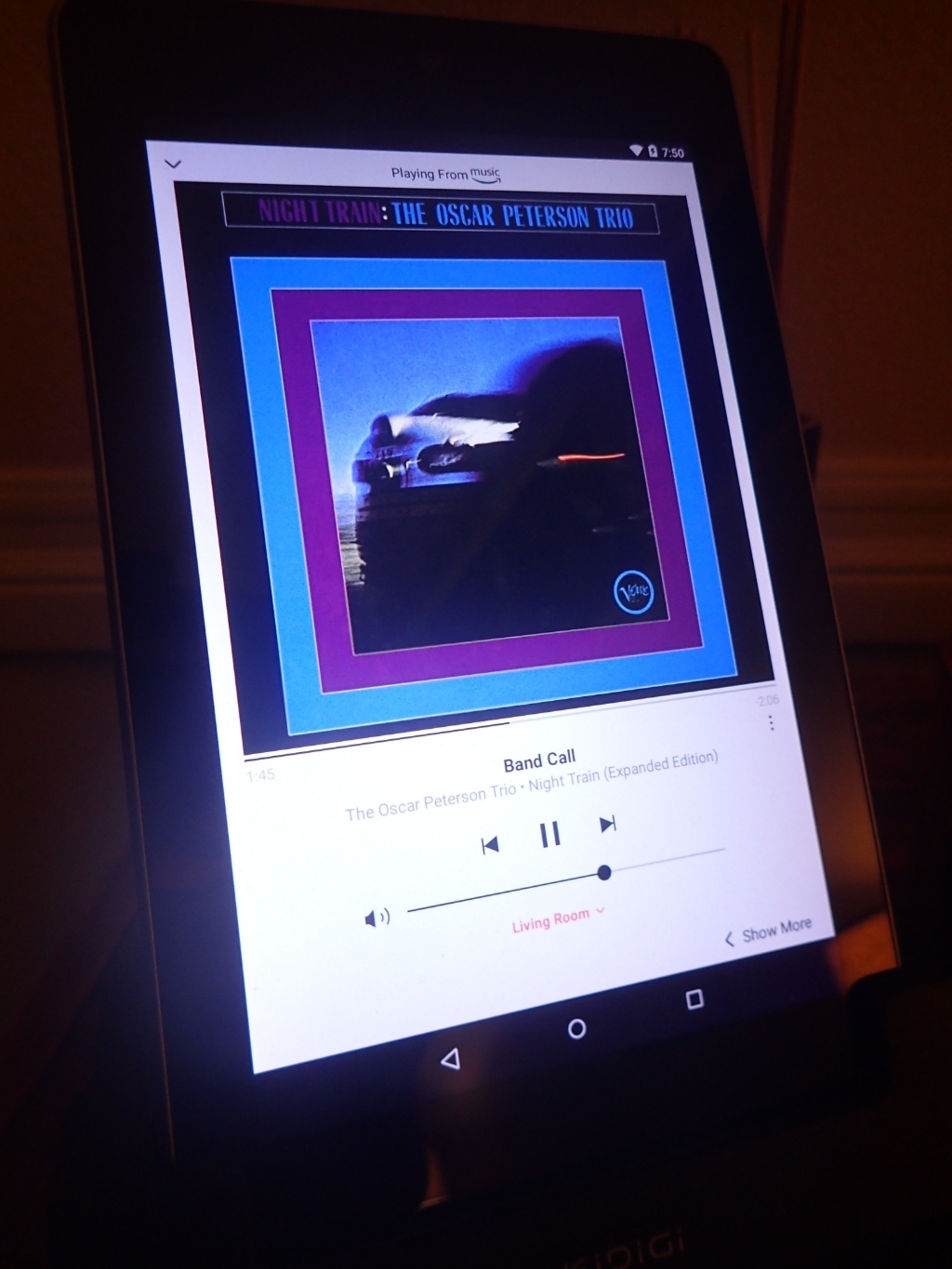 +1
OK. Now that all the excitement/disappointment (delete as applicable) re the latest Sonos developments has been announced can we get back to what the system is designed for - the music? Any new recommendations/discoveries out there? 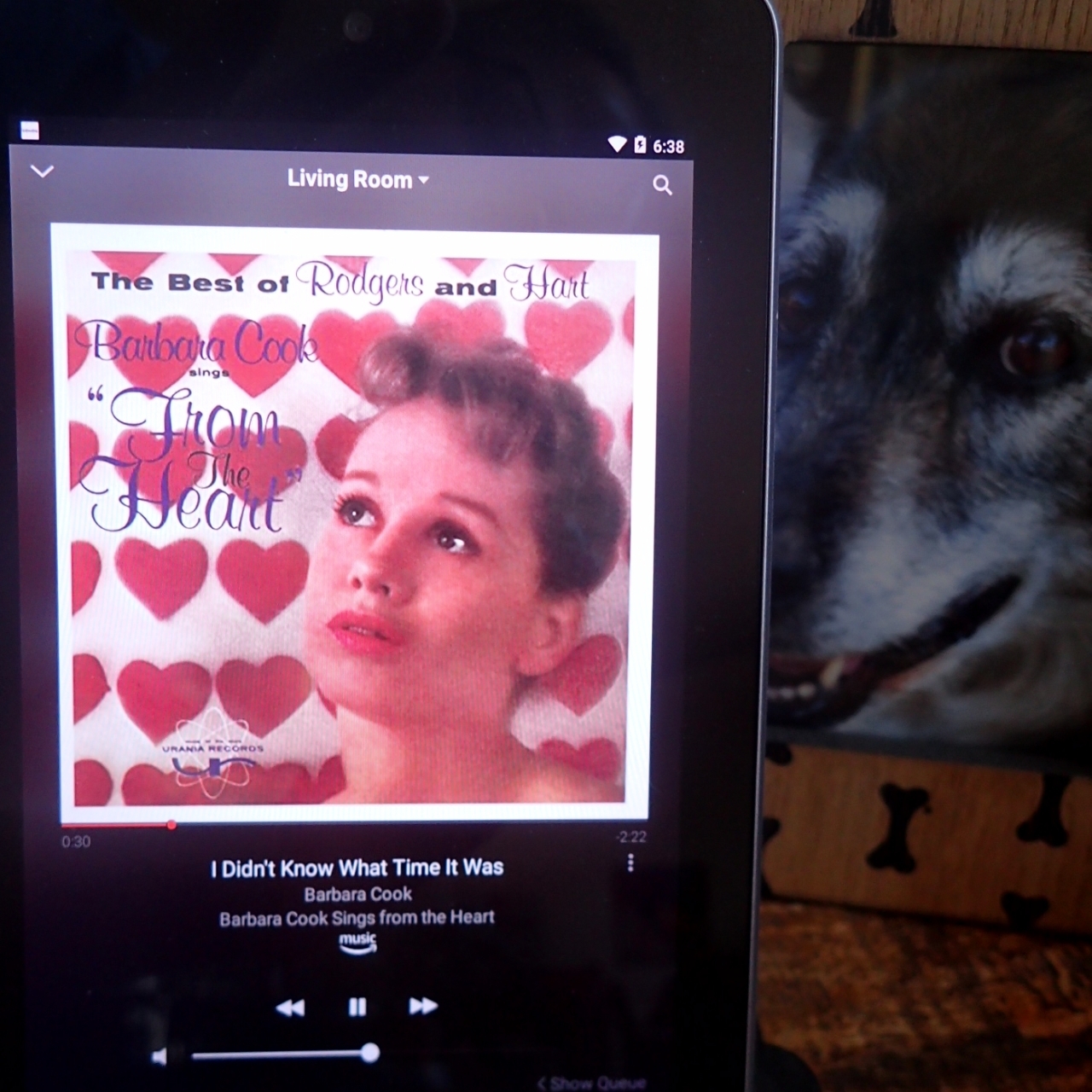 D
Great thread thanks for all the recommendations!

Very good thread cheers Kumar! Discovering great new music worth your ear is time consuming and this thread just cuts to the chase. I hope Sonos makes a way to share/ export playlist from its app, meanwhile here's a playlist: 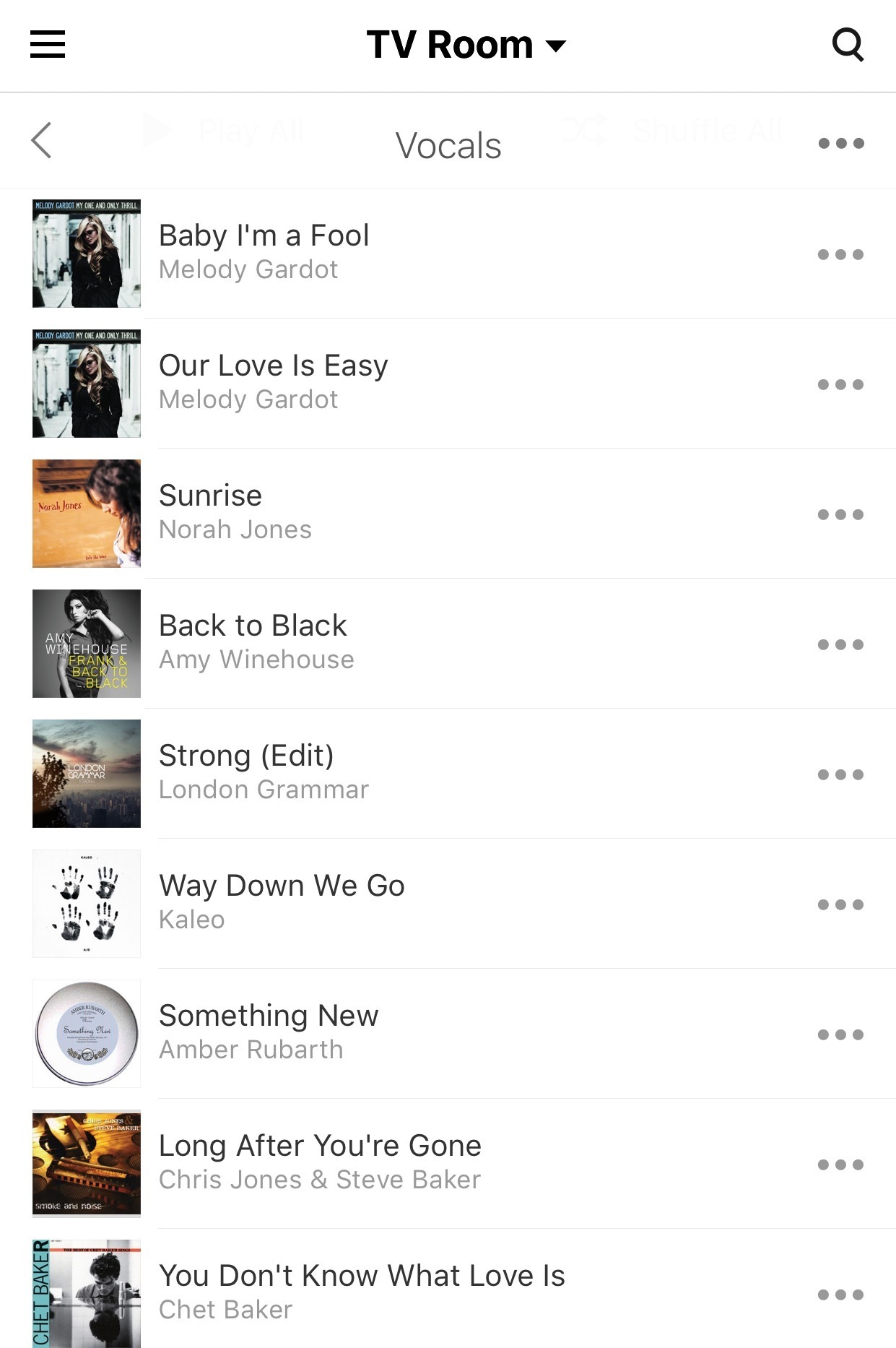 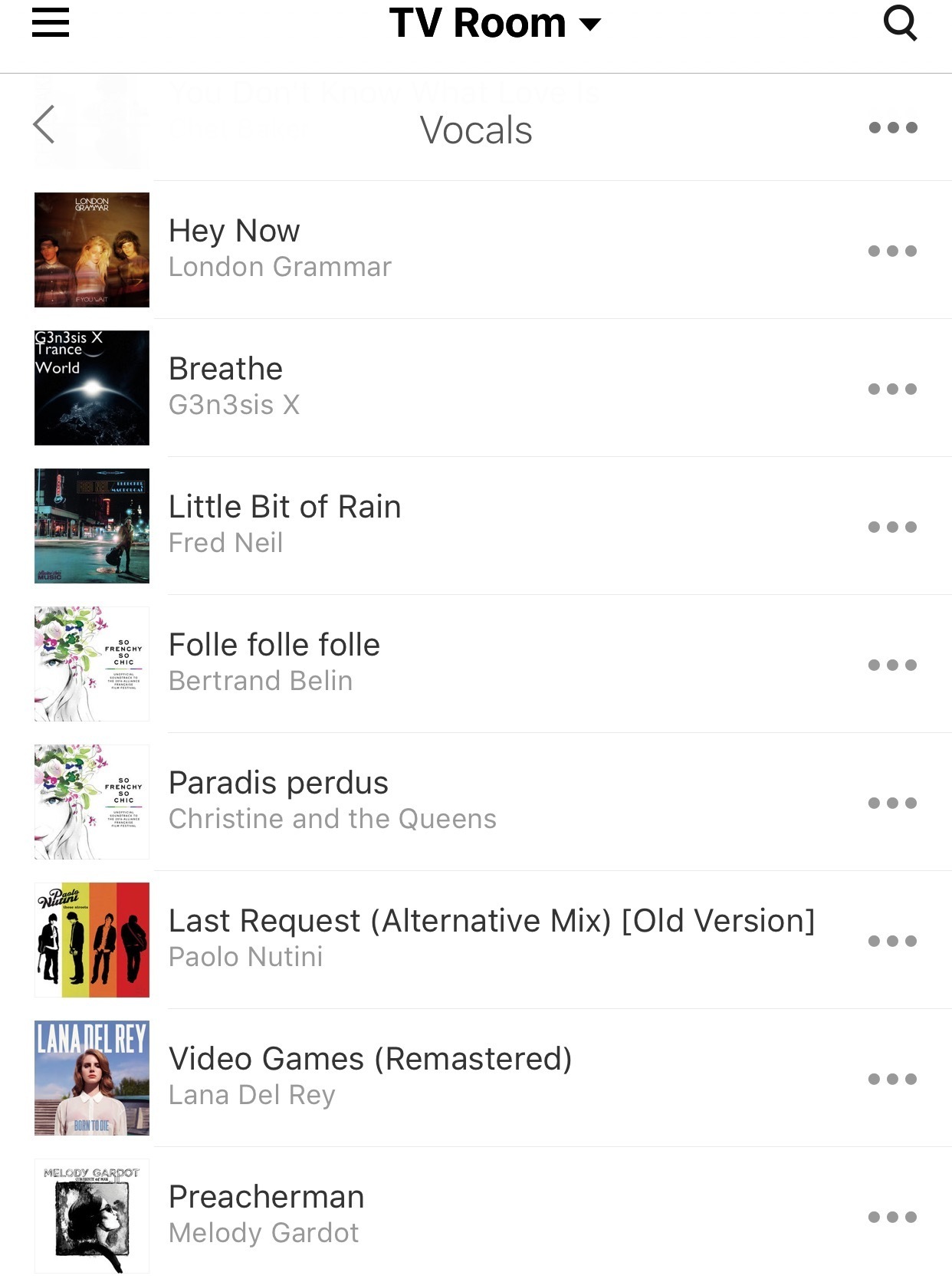 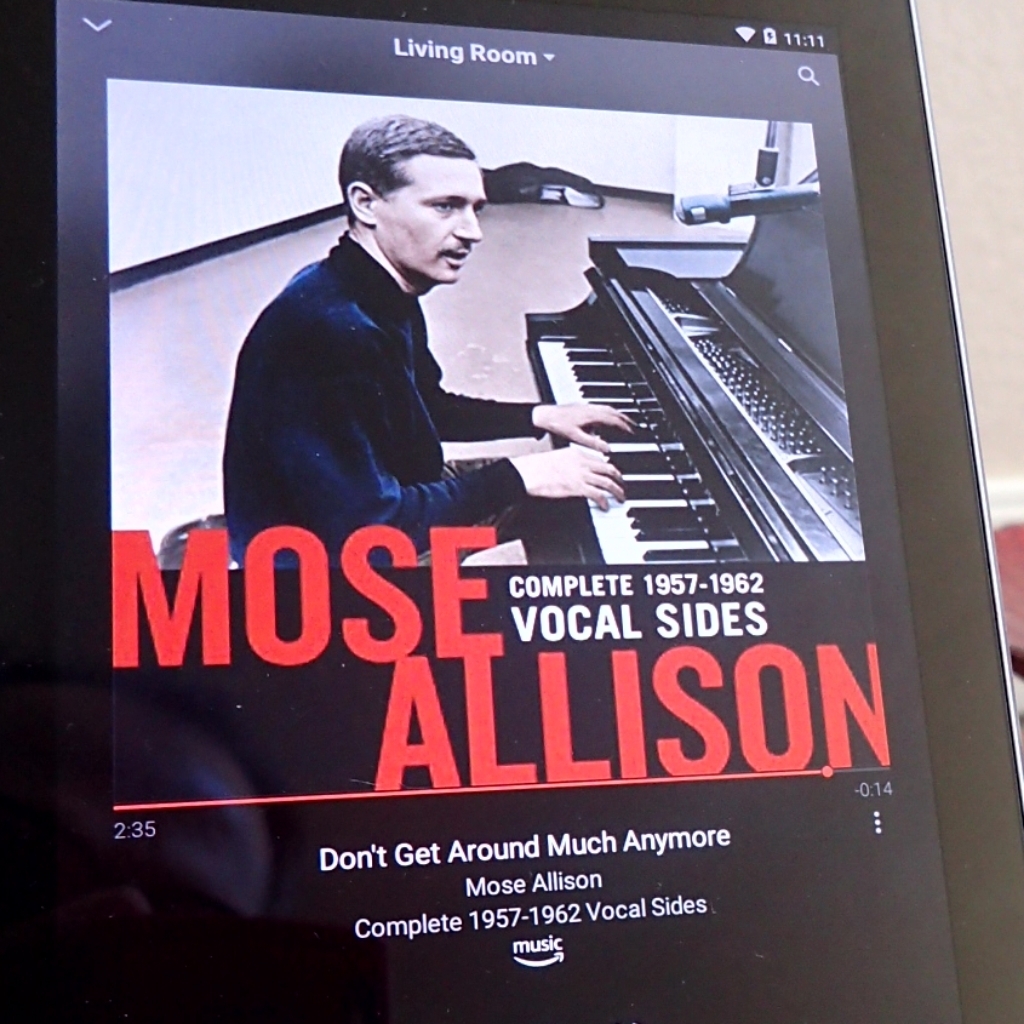 +1
This is a great thread. TY @Kumar and all the other participants.

This is removed from what I usually listen to (downtempo/ chill/ electronic and classical) so I am looking forward to exploring!
A