So I just set up the Sonos Arc soundbar that supports eARC. It works with my 2020 65" Frame TV until I change the eARC setting on the Frame TV to Auto. The sound mutes and I can't get it to play until I turn eARC off. Anyone else have this issue? I’ve messed around with this for a few hours to no avail.

Oh for sure, most TV makers failed miserably in their HDMI 2.1 support out-of-the-box, and eARC support (as well as Xbox Series / PS5 devices with their HDMI 2.1 features) showed many flaws in multiple TV firmware versions. Slowly the TV makers are fixing their stuff, but I am unaware of any fixes required on the Sonos side to date. It is unfortunate that Sonos did not get the TV makers more involved before the release of the Arc though, as they surely knew of the most common issues. However Sonos support has been severely downgraded this year, and perhaps this is another side-effect of that.

Recieved my SONOS Arc earlier this week, and connected it to my 75” The Frame 2020.
No problems yet. Everything is working perfectly.

Fingers crossed that it will keep up the good performance.

Have you reported the issue to Samsung? They shouldn’t be disconnecting CEC (ARC) in that kind of situation.

I don’t have the patch installed. I wanted to wait for the Samsung Fix and used the HDMI-to-Optical cable meanwhile. I always felt that the Sonos patch would be a compromise to some other things.

Today I’ve taken delivery of a Samsung Q95T to get full Atmos, specifically to replace my Q9FN which doesn’t have eARC.

Excitedly I get it all set up and sounded amazing.

10 minutes later no sound through Sonos Arc, changed eARC from auto to off and Arc works.

Don’t know if this is a Samsung or Sonos issue but it’s VERY annoying, You don’t expect this when you outlay £2700 for brand new TV and £800 on a soundbar. I have 28 to return both items if no fix in this period they will be returned.

Ok. I may have had a breakthrough. Fingers crossed. I have only tested for 1 day so needs longer to test but I have not had the sound in and out issues when I leave the TV off for a few hours.

The TV Dolby Atmos was on by default and it picks up the Sonos Arc and states that Atmos was detected.

The Sound Output still lists the Receiver (HDMI-eARC) connected not Receiver (HDMI) which suggests eARC is on despite the toggle being off in settings.

I hope this continues to work and hope it helps others.

One more case to add to the books... Just purchased a 65-inch Samsung Frame TV (2020 model) and Sonos Arc. My TV was able to grab the 1402.1 update automatically, and my Sonos app/firmware is up-to-date.

I am experiencing the sound loss issues after the TV has been off/stand-by mode. When the TV powers back on I start experiencing the intermittent sound loss, as well as the Sound Output constantly switching between HDMI-eARC to HDMI. The issue goes away after simply unplugging/plugging back in the power cord for the Sonos Arc.

I just checked my Sub-micom Version and I am on 1005T. Marlina, please update us if the TV has been stable on Sub-micom Version 1006T. If so, could you possibly get a step-by-step instruction on updating to this version and upload the BIN file somewhere we can download it?

So I’m on Software Version:

Its almost been 6 days with zero drops. I do think the its the Sub-Micom 1006T that has the effect for me. Whats odd is yours is 1001-T ? Are you still experiencing Drops?

Question, When you experience a drop, go into:

Here is a visual of where it used to switch between HDMI to HDMI-eARC by itself. It is Definitely a Samsung software issue. 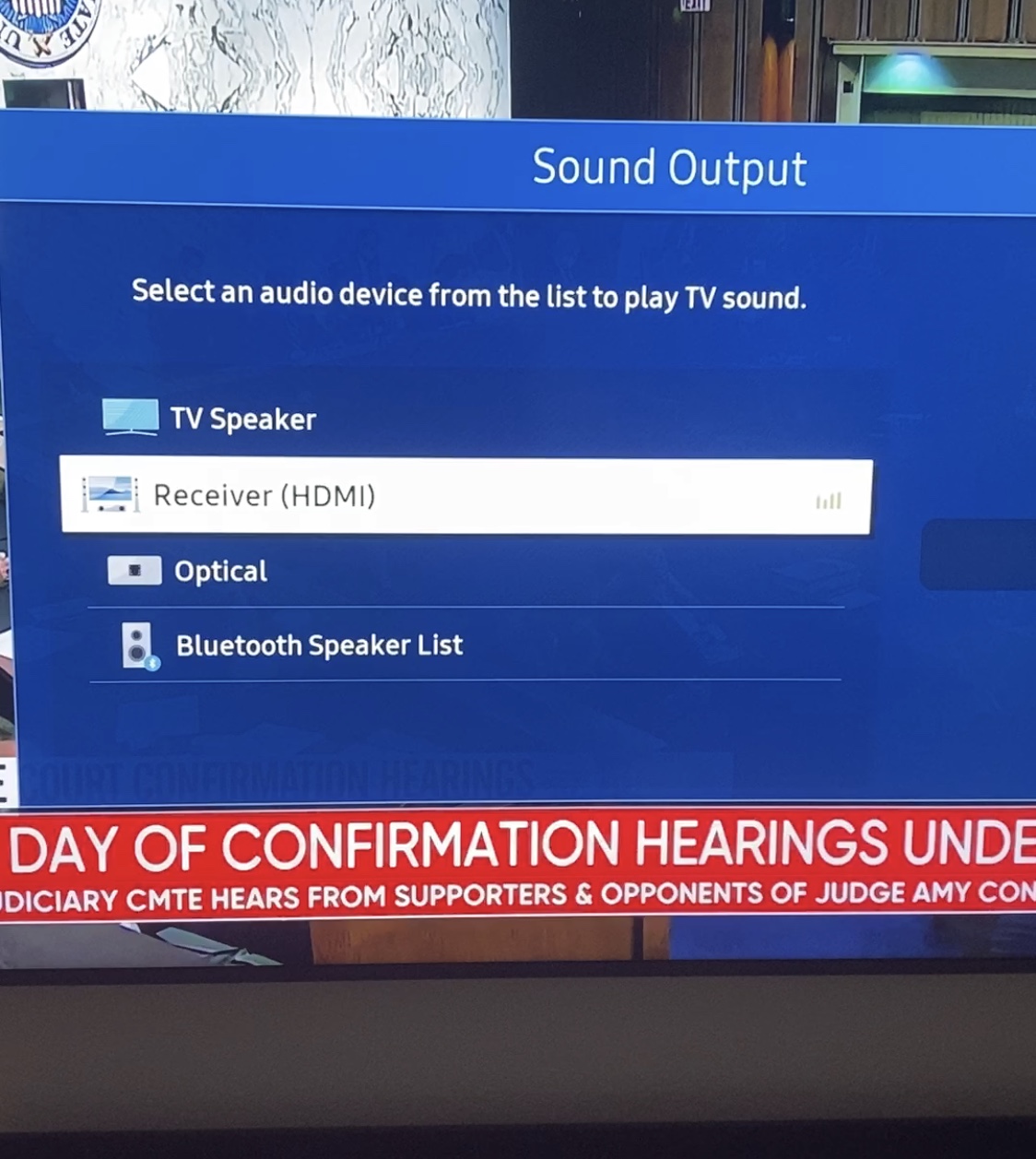 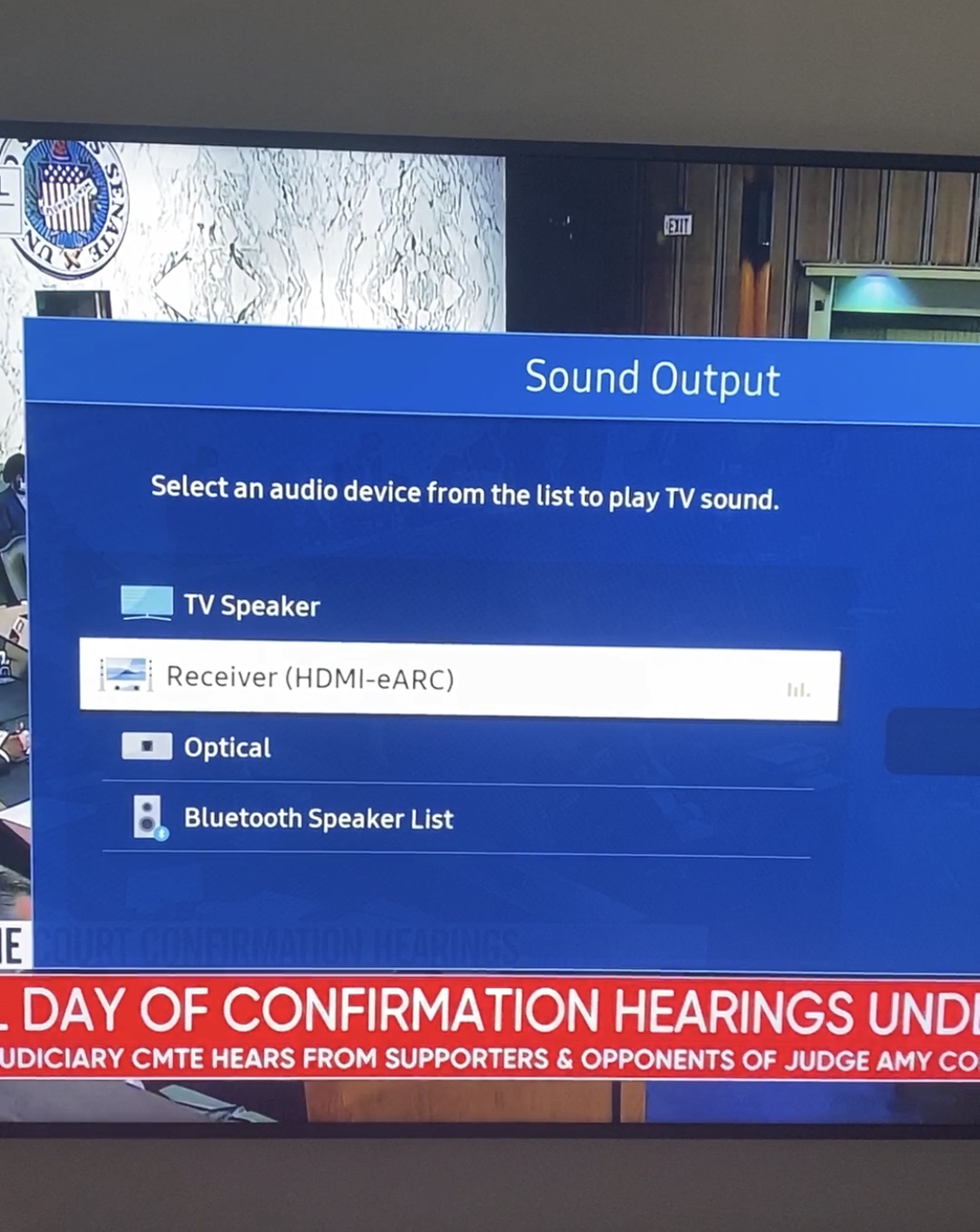 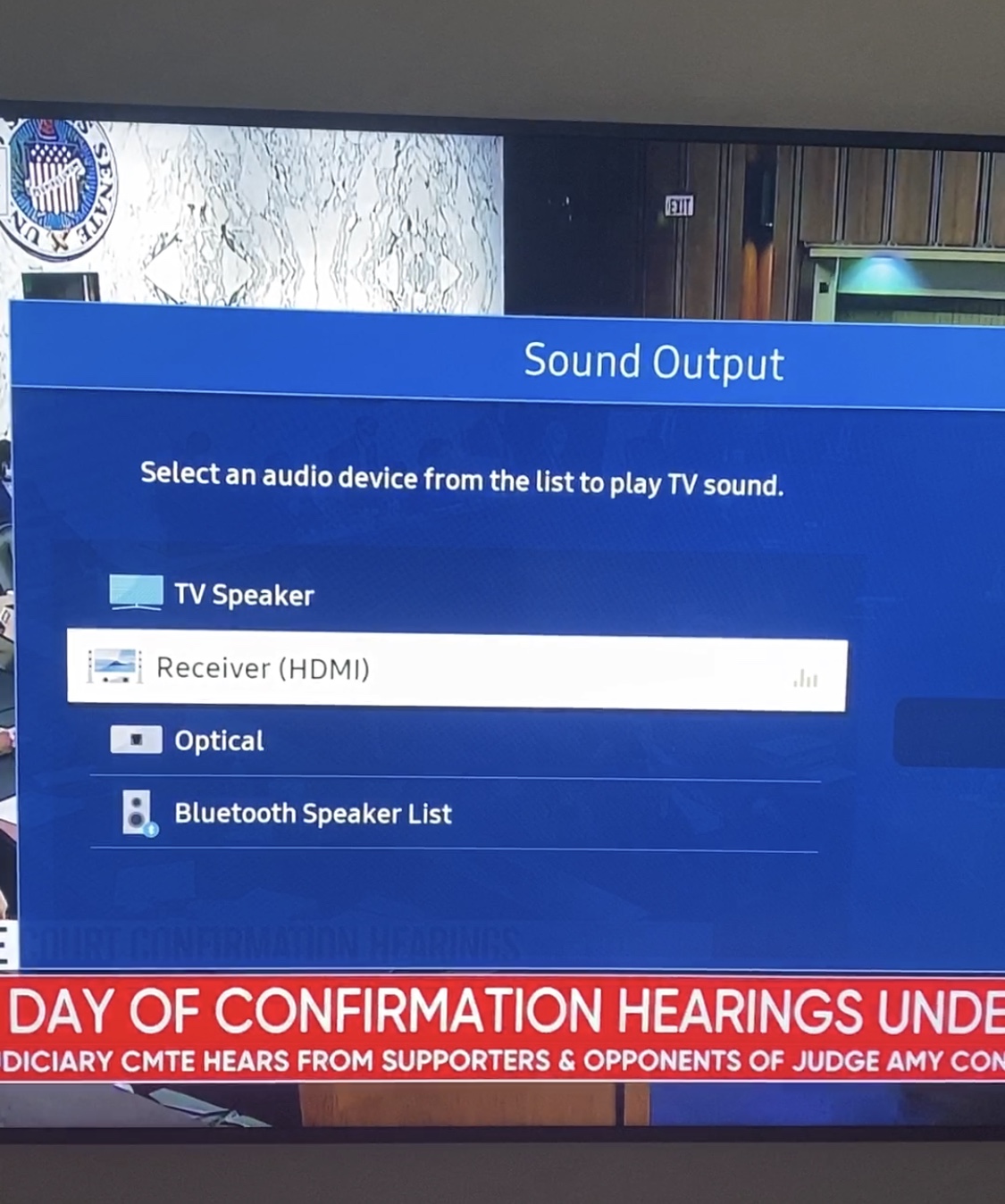 Any updates on this?  Sound is cutting out from the Arc every time I turn on the TV.

CAN someone please answer this.

Does this mean that ATMOS is working compressed but not Uncompressed?

Bumping comments in solidarity with everyone having these sound issues. Former Geek Squad installer and I’ve tried everything to fix the sound issues to no avail.

I have the same issue, with The Frame 2020 and Sonos Arc. No sound when eArc setting is set to Auto. Samsung customer support could not help me. They did a HDMI reset and a factory reset, but nothing changed.

Same issue here. I used the optical adapter that came with the Arc to fix the issue temporarily.

I’m experiencing all of the same issues with audio coming in and out and eARC not working at all.

alright, just ordered the q90t, q95t will be returned...will let you know if that led to a solution

Sad. Went away for a couple of days and when I came back sound was cutting in and out on 55” frame (newest firmware) and Sonos Arc. Hadn’t done this type of constant cut-outs during my two weeks of initial testing. Tried setting Earc to off and sound still didn’t come back to normal. Unplugged the Arc and kept everything on the Samsung on Auto. Had sound when it was plugged back in. Guess I’ll be getting a smart plug. If this is indeed an HDMI EArc implementation issue on the 2020 Frame, Samsung should make this right. I have doubts though as I have read people having the same issues with some LG tvs. In my case, the Sonos Arc will go back before the Frame TV.

Then it might be an CEC issue. If any of your devices connected to your TV is using CEC, try to turn it off.

Probably because it works on all other TV’s🤔? - Samsung issued firmware updates to fix their issues at their end on some models, including the Frame TV. I would first ensure the updates are installed, try powering everything off for 3 minutes to drain the power from all circuits and then setup the HDMI handshake again - if it still doesn’t work, then I would think there’s possibly either a problem with the Arc, Frame TV hardware, or more-likely something else connected to the TV via HDMI that is stealing the CEC protocol ‘focus’ away from the Arc connection, which is something Samsung will need to identify/fix, or you could take the easier step and switch off CEC on any other HDMI connected devices or as a last resort insert a CEC-Less adapter, like the one shown in this link between the ‘culprit’ and the  Frame TV:

Ditte. I think Sonos customers are due an update on this, before Sonos ends up with a lawsuit for selling goods not fit for purpose . WHAT IS HAPPENING . SONOS ARE SELLING A PRODUCT THAT DOES NOT WORK AS DESCRIBED UNTIL THIS ISSUE IS FIXED

This update has not resolved the issue. The Sonos connect to HDMI3 still flicks between HDMI-Receiver and HDMI-EARC-Receiver so the audio flick on and off all the time. This is ridiculous. We invested in 2 top line products. Does anyone know if this issue transfers to other EARC products with the Samsung Frame TV or only with the Sonos? I only ask as I cannot figure out who is to blame and who to chase with this issue?

Correct - do NOT buy the Arc, unless and until this is fixed.  You’ll be in for a headache.

I’ve updated to 12.1 and I’m still not getting sound through eARC. I have to have it off to get any sound.

Did you do anything else apart from toggle eARC to auto? Thanks

Could I get assistance on the same issue. Happening daily now and so annoying.  I have to switch breaker off to reset everything to get arc to work again.

i got my arc today, connected it to frame tv and started playing a movie from my plex server...immediately started clipping, i called Sonos support like so many of you have done and told them i was familiar with the forums and the frame has an issue. I still had to send several diagnostics...and then samsung also had a firmware update today…..so they made me install the update before sending me the patch, i received the patch about an hour later and i got 20 minutes into john wick before it started clipping again. Real Sad Face right now