To homepage To homepage
S
Does anyone when an update will be released for the iPad Pro?
This topic has been closed for further comments. You can use the search bar to find a similar topic, or create a new one by clicking Create Topic at the top of the page.

+21
What kind of update should be needed for the iPad Pro? I suppose they may need to update the app to properly support the larger screen with higher resolution.They may also need to test Trueplay to make sure that it works well with the iPad Pro, just as it does with other Apple devices. But I can't see that it needs to be updated for any other reason, and will probably work just fine in its current form.

Given that Sonos just released their 6.0 update, I wouldn't expect the next update for a couple of months, at least. If there's something you can't do with the Sonos app on an iPad Pro that you can do on any other iPad, post here what it is so that Sonos is aware of a problem with the app on the new iPad model.
The S in IOT stands for Security.

I'm about to pull the trigger on an iPad Pro. Couldn't imagine waving that around for TruePlay lol. What kind of resolution is there? Does the app fill the screen or does it have that black border? Not that its a deal breaker for me... I couldn't care less because I have other devices that I use.
S
True play is not properly supported and there are other issues such as album artwork. I think its called keeping up with the times.

Yep... I figured as much. But like I mentioned, they just released their 6.0 update, and the next one probably won't be for another couple of months at a minimum. They'll need to obtain a few iPad Pro's for their own internal testing first, then make changes, then go through their whole testing cycle.

Also, since album/station artwork is provided by the music service being used, and not Sonos, some stations and services may have lower quality than others.
The S in IOT stands for Security.

@Mikev I don't expect Sonos to support new iOS features from day one. But it has been months since things like Slide Over and Split View have come out, I think we've had at least two major releases. I'm using a different controller that supports slide over and it is super useful for music apps. 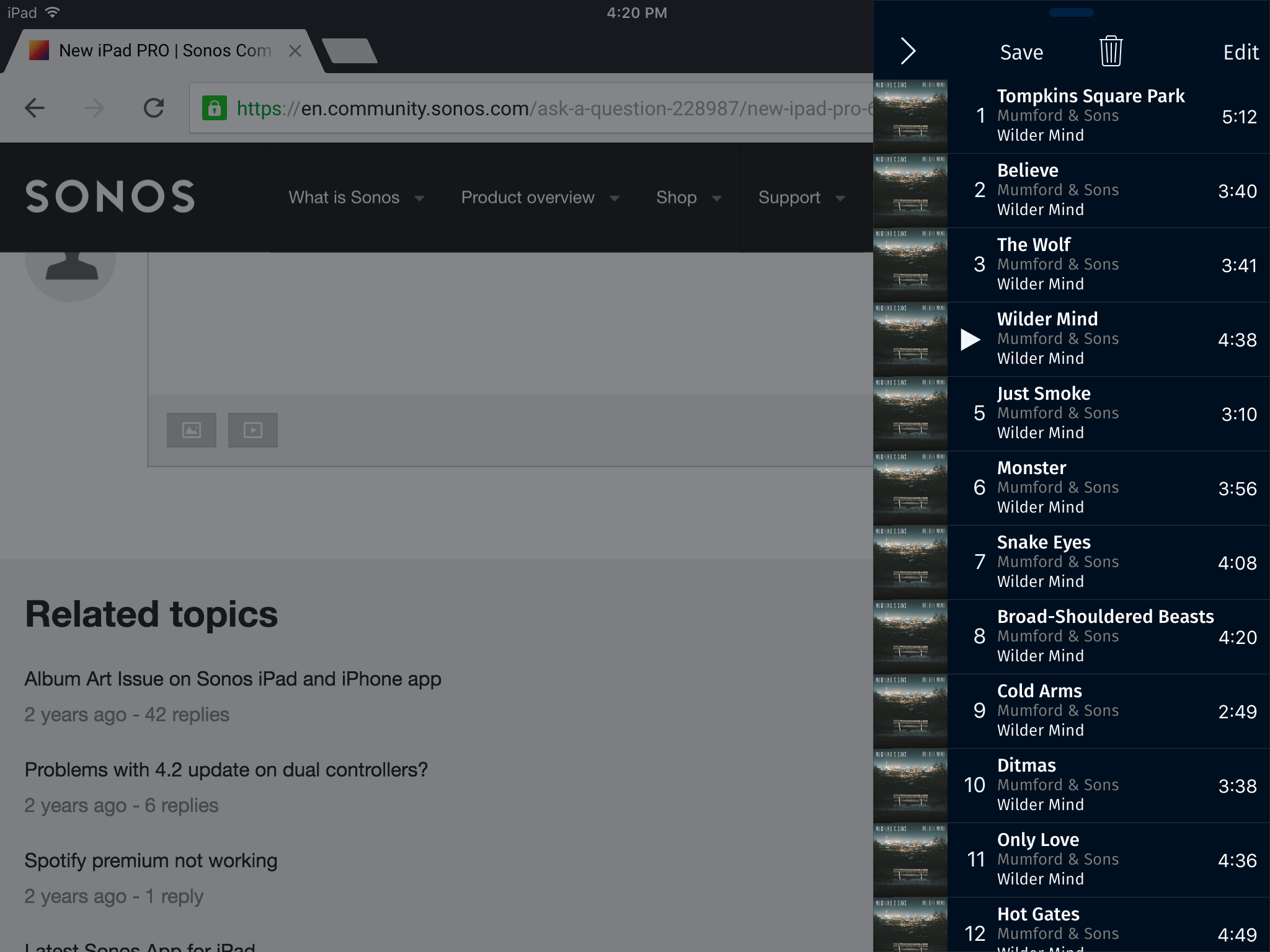 . This would killer feature on iPad Pro.

I agree @Suziedog, kind of have to keep up with the times.

A
How does the app work now in version 7 with the iPad pro? Is anyone able to confirm whether TruePlay can be used with an ipad pro?

The only limitations to Trueplay are it requires iOS 8.0 or higher, and the iPhone 7 is not working yet, but is currently being tested. So your iPad should be fine if iOS is up to date.