Since updating my controllers to 9.0, the app keeps freezing up on my iOS devices. I have to close the app and stop it from running in the background before starting it up again. It will briefly work again before freezing again. I have deleted the app, shut down my device and reinstalled it. Still have the same issue. Anyone else having the same experience? And will this be fixed?
This topic has been closed for further comments. You can use the search bar to find a similar topic, or create a new one by clicking Create Topic at the top of the page.
Page 3 / 4
M
Userlevel 2

Have been having hanging/freezing problems repeatedly. Have 3 ZP100s, 2 ZP80s (1 installed and the other in storage), a pair of Play 1s in stereo, 1 Play 3 and 1 Play 5. Run Sonos Net with 2 hardwired bridges. Connect to a 25,000 song FLAC collection on NAS and also to Spotify and Amazon Music via the Sonos app. Have the sonos app downloaded to 2 apple tablets, 5 amazon fires and 3 samsung devices - 1 phone and 2 tablets. My experience after multiple reinstalls of the apps is freezing is almost constant in the samsung tablets but works almost flawlessly in my s7 phone which has far more apps installed than the samsung tablets. The fires are better than the samsung tablets but not as good as the phone which only have the sonos app installed in addition to the standard Fire apps (got the Fire tablets to use exclusively as sonos controllers). The apple tablets freeze less frequently than the fire or samsung tablets. Makes me think the samsung tablets that run android 7 (and the fires I believe run a similar version) is problematic because my phone which runs android 8 works well.

Sonos could you please fix these bugs? As more capability has been built into the app, the buggier it has gotten. As discussed here also even the upgrade process is tedious - lots of failures to update and constant retrials before the updates are completed.
A

+2
Unfortunately I am having the same freezing issue. Running the app on my iPhone SE and it freezes a LOT. It only started happening lately.
M
Userlevel 2

Looked more closely - the app in the android devices doesn't hang/freeze as long as you don't leave it like using any other apps or turning the phone/tablet off or the screen going off to save power. I set all my andoid based tablets to not turn off the screen for 30 minutes and when I use the sonos app I don't use any other app and don't press the power button. Obviously this is wrong and needs to be fixed!
J
Userlevel 6

+7
I’ve noticed the same sort of behaviour with my problems. In my case, the apps (both ios and android) lose the ‘state’ of the zone and playback mode from time to time and it’s always after the device has come out of sleep mode. It mostly manifests itself in the controller changing the room that it thinks is playing although a few times I’ve seen the ios app look like it has restarted itself. I suspect the problems I have are related to the problems you are getting.

Hopefully they will sort this problem out soon because I’m having to use my CR200 controller most of the time as that’s the only reliable controller I have since they scrapped the CR100.
M
Userlevel 2

+1
The new update temporarily fixed my problem...but on the second day it reverted to the same situation. This is similar to what happened when I reset all of the zones; it worked fine for a few hours but then the following day it was doing the same thing. So...still not fixed.
M
Userlevel 2

Yes it was indeed a temporary fix. My system is back to the same freezing problems! The only thing I did in between was update the software on my PC and index a few more songs in my library. Extremely frustrating.

If resetting units is a temp fix, and it reappears in a day or so, I suspect IP address conflicts caused by a router that has lost its allocation table info due to a reboot or power outage. The reason a reboot of the Sonos device will "fix" this is a Sonos reboot causes it to get a new IP. What happens later is another device's IP lease is up and it request a new one from the still wonky router, and the cycle starts all over again. Because a Sonos update causes all devices to reboot, it sometimes seems that the update caused the problem, not the wonky router.

To cure this, you need a full network refresh. Do the following:

Reboot/power cycle your devices in the following order:

Allow each device to come back up before proceeding to the next. Note that you can permanently prevent duplicate IP addresses by assigning an IP to each device's MAC address in the router setup. See your router manual for details.
M
Userlevel 2

No joy with rebooting the network. Any shift out of the app makes it freeze. Works great as long as I keep the app on and the screen on with it.
M
Userlevel 2

Tried restarting again as suggested above - took some doing since I have 55 devices connected to my google wife network which has 5 pucks 3 of which are hardwired. I have a sonos bridge which is hardwired and a play 5 at the other end of the house connected via powerplug ethernet. I have microwave internet via PPPoE if that makes a difference. Worked ok for about 2 days then back to the same problem. Tried going just with the one hardwired bridge and disconnected the play 5 from the powerline ethernet but still the same problem. Need to stress though before the 9.0 update haven't had any of these freezing problems with the same set-up. No changes in the network or other devices.

I'd been experiencing this issue for a few weeks, so thought I'd post what's seemingly solved it for me...
After upgrading the Android app to version 9.0 / 9.1, it would constantly lock up / freeze, as has been described by many on this thread. I'd either have to forcibly close the app or restart the phone, but upon restarting the app, I'd be faced with the same issue. It was virtually unusable. It's worth noting that the Windows app had no issues throughout.

I started off trying to solve the issue by first shortening the name of the shared Windows folder on my network where my collection of FLAC files live. The share is housed on a Seagate 2TB Backup Plus drive, connected via USB 3.0 to my router (a workaround, until I get around to buying a new NAS).
This was then added as the music library location in the SONOS app, but the issue still persisted.

Next, within my router settings (ASUS RT-AC68U running ASUSWRT-Merlin Firmware) I disabled the 'Airtime Fairness' setting as this has seemed to help other ASUS users.
Unfortunately the issue still persisted for me.

What seems to have stabilised it, is outlined by 'Airgetlam' in the thread above...
I assigned my two Play 1 speakers reserved IP addresses, from my router interface and then powered off both the router and the two speakers.
Once everything was powered back on, the two speakers has been assigned their IPs and I can report that the SONOS app has been working normally for around 4/5 days now.

Hopefully this may assist others having the same problem. Cheers.
B
I run into the same issue on an iPhone X with ios 12. The Sonos app freezes and eventually crashes. This is since the 9.0 update of the app.
B
I have also been having Sonos freeze problems on my iphone SE. Pretty much every time I start playing files, it freezes up so I can't adjust volume or stop or browse. Often it will crash itself and then I start it and it works again. Discouraging.

I'd recommend removing the sonos app, then rebooting your iPhone. Once it comes back up, go to the app store, and download the app again.

If it continues to crash, the next time it does so, I'd submit a system diagnostic as soon as you get it restarted, and either post the number here, or contact Sonos to discuss it. There may be information included in the diagnostic that will help Sonos pinpoint the issue and help you find a solution.
Bruce
R
Having the same issue. The app seems OK on my iPad but constantly freezing on my phone. Makes the app completely unusable. Hopefully a fix will be with us soon.

I'm sure it's not related to network / UP issues as I would expect that to affect all devices running the app, and everything was working fine until the recent updates.

The only other thing that seemed to coincide with the problems was moving to ios 12 - if I recall the issues started around the time I started using the ios12 Dev beta. But that may be coincidence.
T
Help 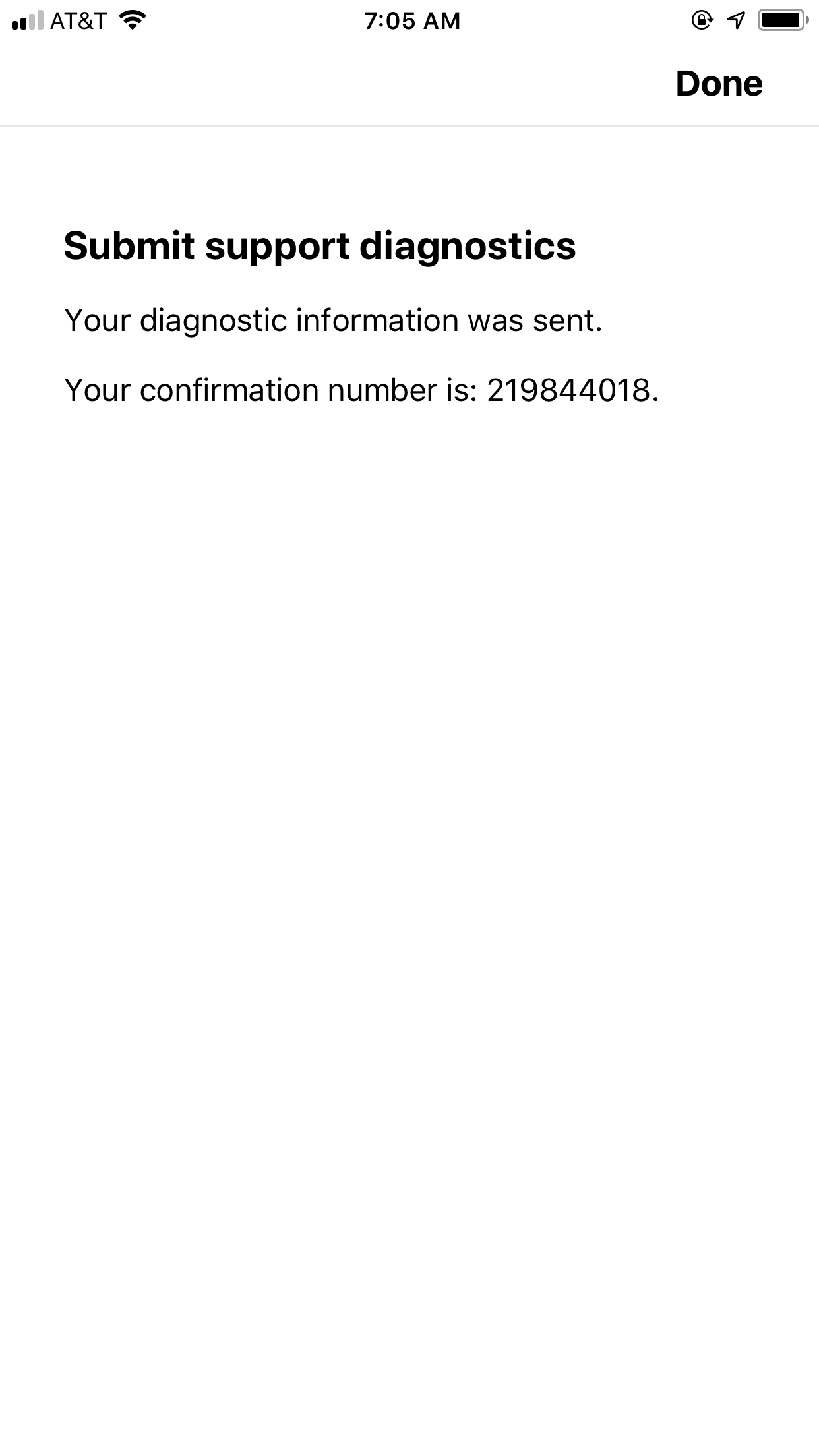 
pitt, With no information about the problem you are having help is unlikely from forum members and even Sonos staff will be puzzled by what your problem is unless it is obvious (not likely to be) from the diagnostics.
M
Userlevel 2

Assigned all my sonos devices reserved IPs as suggested here and life was good until now. Back to the freezing app problem after multiple restarts etc. Just frustrating,
M
Userlevel 2

Actually worse now as my sonos system is now useless as app keeps freezing after about a minute. Any help would be much appreciated as I am exasperated.


Thanks for sending in the report. I'd recommend uninstalling the app completely from your Android, then downloading it fresh from the app store.

I see a good amount of wireless interference causing communiaction erroprs between your speakers. This could lead to errors which would case the app to crash. Please start by changing the wireless channel your Sonos system is using.

Also, make sure your Bridge is not too close to any third party electronics which could cause interference. Common sources of interference include cordless phone bases, wireless cameras, wireless baby monitors and wireless printers.
M
Userlevel 2

Will certainly try those things. Would it be problematic if I have 2 units wired directly instead of just that single bridge?


That shouldn't be an issue, though it's best to keep a couple feet between the speakers and your router.
M
Userlevel 2

Worked temporarily. I reindex after adding about 12 songs and then freezing problems again. The previous freezing problems also happened after reindexing.
S
Userlevel 2
I had this problem develop a few days ago after updating to 9.2 on my iPhone. the App would totally freeze after switching between it and any other app and I would have to close and restart the app... and then the same would happen again. Did full system reboots, reinstall and everything to no avail and was about to log call with Sonos when I was going through some of the settings options, and the app asked me to login to my online SONOS account (I think I was looking at room settings at the time, but I guess settings->account settings should get you to the same thing). After that - everything fine (touch wood) for the last 12 hours. So if you are having the freezing problem check to see if your app is logged into your account - and I guess this may help SONOS support here looking at the problem.
Page 3 / 4